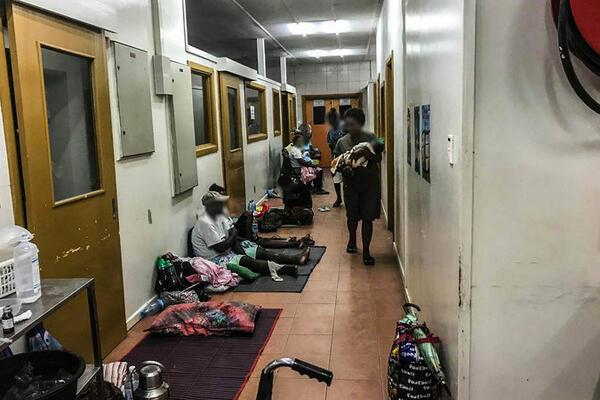 Patients wait along the corridor in the triage area of the National Referral Hospital in Solomon Islands.
Source: Photo Supplied
Share
Friday, 25 May 2018 07:24 AM

More revelations have surfaced about the sorry state of the only national hospital in Solomon Islands.

Reports of a shortage of drugs at the hospital last weekend are apparently only the tip of the iceberg.

Over the weekend doctors at the National hospital posted on social media urging asthma patients to bring their own salbutamol solution when seeking to use the nebulisers in the emergency department.

They also posted that morphine supplies had run out and that one patient who had suffered a heart attack over the weekend was not given any painkillers at all.

New reports from sources at the hospital who wish to remain anonymous indicated that doctors are being forced to give patients expired drugs.

Chief Executive Officer of the National Referral Hospital, Dr Steve Aumanu earlier downplayed the reports of a drug shortage, telling local media it was the temporary result of a change to administrative processes which would be resolved soon.

But new images from the hospital showing people sleeping on the floor and along its corridors due to an acute shortage of beds point to more systemic problems.

In the wake of the latest revelations, the parliamentary opposition has reportedly called for the sacking of top officials at the Ministry of Health and Medical Services.