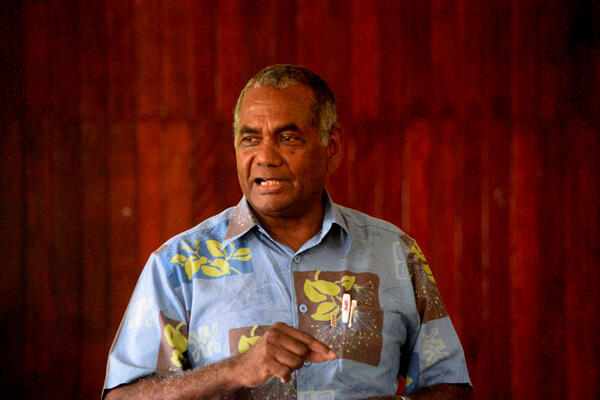 Dr Rodgers has had wealth of experience within the region, having once served as the Director General of the Secretariat of the Pacific Communities (SPC).
Source: Lynton Aaron Filia
By Jimmy Nolan
Share
Thursday, 04 February 2021 08:43 AM

The Special Secretary to the Prime Minister, Dr Jimmie Rodgers, has missed out in the election of the Secretary General of the Pacific Islands Forum Secretariat (PIFS).

This would be the second time that Dr Rodgers has contested for the position of PIFS Secretary General.

Dr Rodgers has had wealth of experience within the region, having once served as the Director General of the Secretariat of the Pacific Communities (SPC) from 2006 to 2014, only relinquishing the position having served the maximum tenure.

The former Cook Islands Prime Minister, Henry Puna, was eventually elected the new Secretary General of the Pacific Islands Forum after a marathon online meeting by regional heads of government.

It was a closely contested election with Puna pulling in nine votes over Micronesia's candidate and Marshall Islands Ambassador to the US, Gerald Zackious who got eight.

The result of the election did not bode well with Micronesia, with Palau's president Surangel Whipps Junior stating that:

"Clearly there is no need really for Micronesians to be part of them (PIF), they don't really consider us part of them," Whipps Jr lamented.

He said other Forum members didn't want to honour the pledge (of rotation), denying that they knew anything about it.