Do Not Ignore Us 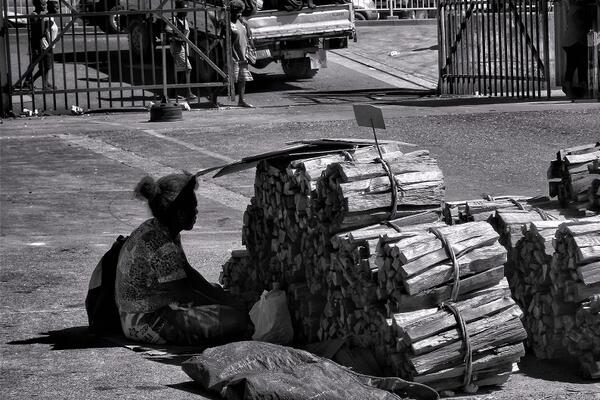 She says the plight of women at the market was also neglected for a long time. She says as mothers, authorities should consider their health and wellbeing as well as their safety at the marketplace.
Source: Jeremy Gwao
By Jeremy Gwao
Share
Monday, 29 June 2020 09:19 AM

At the car park with only small card boxes to shelter from the hot sun was market vendor Janet Lilly.

Janet is at the Honiara Central market to sell firewood. A business she ventured into, a decade ago. Today Janet’s husband is sick, thus she has to brace the hot sun alone to sell their firewood.

“This week is not a good week for me”, she says.

Firewood was slow to sell. At $20 per bundle, the 70 bundles that she came with are still left and Janet will not be earning as much as she anticipated.

“Every day the authority collects $40 from me as market fee and storage fee”, she says.

The more days she spends at the market, the more money she will need to give to the authority.

At $20 per bundle, for 70 bundles she will earn $1400. If she stays at the market for five nights for example she will spend $200 on market fees alone, not to mention her expenses on food and drinks while at the market plus her fare home.

But as a mother to three children, Janet feels that she just cannot give up. She usually gets the support she needs from her husband too.

At times like this when her husband, John was not there to support her she will try as much as possible to fend for herself at the market.

“We have the HCC security here to make sure everyone is safe. But how long will this carry on for”, Janet questions.

“I think the authorities should help us in a way to provide us with proper space where we can be able to sell our produce”, Janet says.

She says it is a tough life that her family has to endure.

“But we must continue in order to earn money for our survival”, she continues.

She says the plight of women at the market was also neglected for a long time. She says as mothers, authorities should consider their health and wellbeing as well as their safety at the marketplace.

“We paid a lot of money in market fees for many years. We want them to develop the place to help us vendors at the marketplace”, Janet says.

Janet Lilly comes from Papagu village in the Guadalcanal plains. She says after 10 years, there is still no shelter for vendors like her.

Most times when her firewood was not sold out, she has to spend the night at the market.

“I usually carry with me my mosquito net and blanket”, she says. Her mattress would be cardboard boxes.

“I say my prayers before I settle down for the night”, Janet says.

Meanwhile one of the revealing progresses in development at the Honiara Central Market was the installation of a surveillance system.

The system was installed at the beginning of the year.