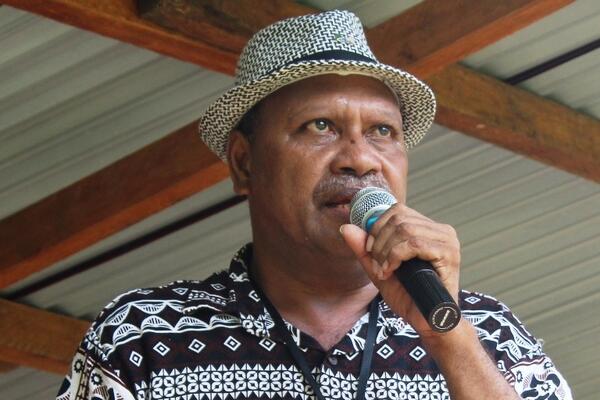 “We are strongly opposed to PRC communist ideology and investment. The Malaita Provincial Government (MPG) understands that China Civil Engineering Construction Corporation has strong affiliation to the Chinese Communist Party CCP,” the Malaita Premier said in a statement.
Source: FB: Premier Suidani
Share
Tuesday, 05 May 2020 11:22 AM

The Premier of Malaita Province Daniel Suidani said he is disappointed to learn that a national MP saw it fit to bring in China Civil Engineering Construction Corporation - CECC - and conducted feasibility study on Malaita North East Road from Fouia to Manu.

“Let me make it clear that the Malaita Province under the Auki Communique sections 7 and 25 specifically referred to dealings with the Peoples Republic of China (PRC).

“We are strongly opposed to PRC communist ideology and investment. The Malaita Provincial Government (MPG) understands that China Civil Engineering Construction Corporation has strong affiliation to the Chinese Communist Party CCP,” the Malaita Premier said in a statement.

“The MP himself was part of the delegation that was in Auki for the consultation. Whatever memories he still has on that meeting, he must be reminded that it was his Deputy Prime Minister that echoed the sentiments I just uttered.

“One of the elders of the Langane Tribe Danny Belo when contacted said that their tribe upon learning of the CECC road feasibility study, held a meeting to reiterate their stand not to welcome such Chinese entity into their customary land.

“Similarly, leaders of the Asanao tribe in Ata’a East Fataleka also raised their concern on this proposed road development and would like to inform the national MP that they are standing firm within the spirit of the Auki MPG Communique,” Premier Suidani said.

The Premier says that he would like to remind the MP that the National Government, through the SIG National Transport Core Initiative (NTCI), is embarking on a multi-million dollar comprehensive road, bridges, and ferry transport system covering Malaita, Guadalcanal and Western provinces.

He said that they have been informed and are ready to assist the government and traditional donors with this important project. He says that Malaita Province is strongly featured in the NTCI and its coverage includes the North Eastern Road.

Premier Suidani reminded all leaders of Malaita Province that the way forward for the development of Malaita province is through working together and not against each other.

“The old way of doing things must be phased out for new ways to come in. No longer must Malaita Province entertain old habits and outdated business models,” said Premier Suidani.