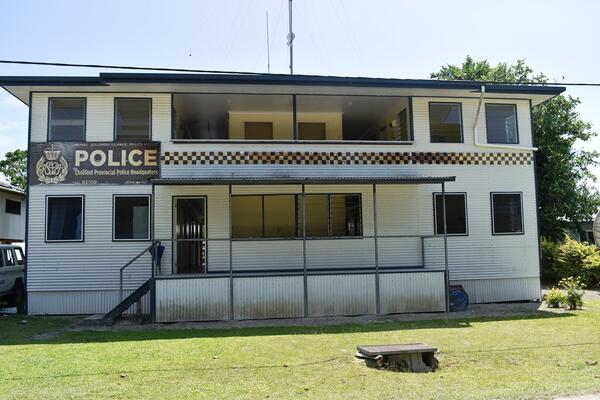 Officers of the Royal Solomon Islands Police Force (RSIPF) at Taro, Choiseul Province are investigating a looting incident at the Jito logging camp on the night of 5 July 2019 during which a group of people took and destroyed thousands of dollars’ worth of property.

Provincial Police Commander (PPC) Choiseul Province, Superintendent Vincent Eria say’s “It is alleged that at about 8.30pm on 5 July the camp was taken by surprise when the alleged looters from Papara village stormed the premises without giving the expatriate employees of the logging company any chance to escape to safety.”

“The group of people carried out the looting by breaking into the Company canteen, container storages and the workshops removing everything they saw. They also damaged buildings, office documents, printers, communication items, computers and freezers. They also removed some of the items.”

“It is alleged that the logging company had failed to comply with the agreements signed with the landowner and did not meet some of the expectations.”

Police in Taro were notified and responded to the incident. A mediation was held between leaders of local communities and the Company. Police investigation into this matter is now underway.

PPC Eria explains: “A crime has been committed in this case. Now that the matter is reported to Police those people responsible will be dealt sternly by the law and will face justice for taking the law in their own hands.”

“I would like to remind our good people that talking the law into your own hands will not solve anything. There are proper ways in which you can channel your disagreements."