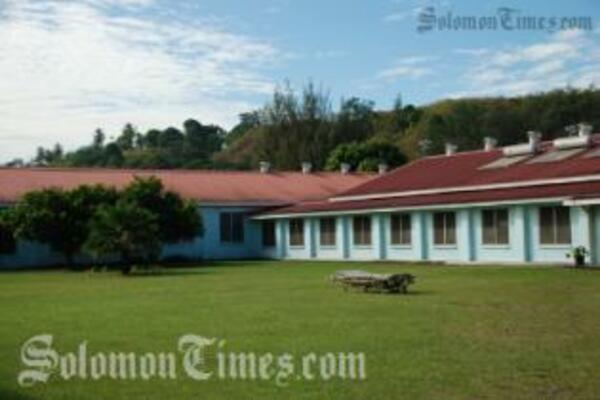 Diabetes take up almost 50% of the beds in the National Hospital.
Source: Photo Supplied
Share
Tuesday, 15 November 2011 07:40 AM

Undersecretary Health Dr Cedric Alependava announced this during the launching of the World Diabetes Day this morning.

He added that in 2010, four thousand one hundred people were diagnosed with diabetes and many more cases remain undiagnosed.

Patients diagnosed with diabetes take up 50 percent of the beds in the national referral hospital and in other clinics in the provinces.

He says diabetes is a major threat to human security and prosperity.

"Diabetes kills and disables our families, imposes huge economic on the government and the country. It affects the rich, poor and old."

Dr Alependava urges people in the country to prevent diabetes with daily exercise and eating smart.

Meanwhile, the National Non-Communicable Disease Co-coordinator, Neverlyn Laesango, says the World Diabetes Day is a call for the Government and citizens of Solomon Islands to be responsible and control diabetes.

"World diabetes calls for doctors and nurses in the country to take the responsibility to look after our diabetic patients and make them aware of the complications of diabetes. Also we call on the government to include non-communicable diseases as priority as it is time to implement policies and time to take prevention."

The theme for this year's World Diabetes Day is 2009-2013: Diabetes Education and Prevention, understanding diabetes and taking control.