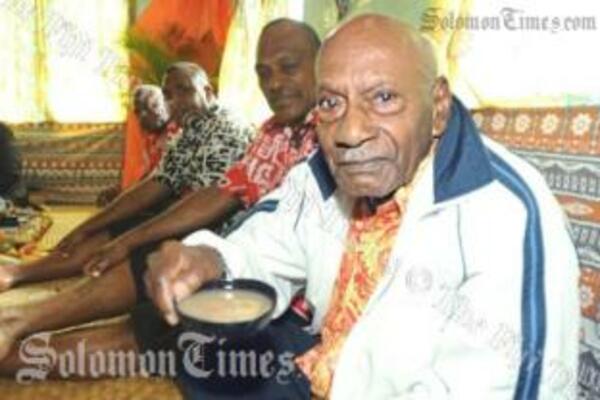 Seventy Five year-old Viliame Liai wants to turn back the time and trace his ancestors in the Solomon Islands.

Through tear-filled eyes and a quivering voice, Mr Liai of Marata Village in Wailoku, Suva spoke to Fiji Times of his desire to trace his roots.

The second generation of the first Solomon Islands people who were brought to Fiji through labour recruiters wiped his tears silently as he joined hands with his fellow descendants to reflect on the struggles of their ancestors on Saturday.

Mr Liai has raised five children and nine grandchildren in their home in Wailoku and he hoped that one day his children will fulfil his desire to trace their roots in the land of his forefathers.

He said although he would not return to the homeland of his forefather and regain their losses (cultures and traditions), the pain of wanting to explore his ties in the Solomon Islands haunted him every day.

Speaking in the iTaukei language, Mr Liai recalled the struggles his family had endured when they were forced to make a living in a foreign land they now call home.

He said money was the other problem as it was expensive to travel to the Solomon Islands.

Mr Liai said at times he would imagine his children fulfilling his wish and at the same time appreciate Fijian culture as their own.

However, he said the events of the past had shaped his world but his determination to contribute positively to the development of this beloved nation on a solid strong stand remains.

He said age should not be a barrier if someone was willing to make a change and he is optimistic that one day his children's children and other generations would trace their roots and bridge the gap once more.

He said although Solomon Islands' students studying at the University of the South Pacific (USP) visited them, it was still not enough because he felt he still needed to fulfil his role as a father, grandfather and uncle to trace their roots and link long lost relationships.