Descendants in Search for Answers 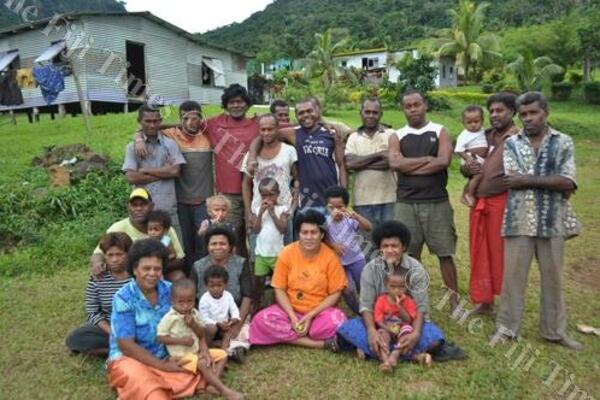 Some of the descendants of Solomon Islanders at their Maniava village in Ra, Fiji.
Source: fijitimes.com
Share
Monday, 19 August 2013 08:04 AM

Descendants of a tribe from the Solomon Islands residing in the heart of the Ra Province are searching for clues on how and when their ancestors first arrived into the country.

The Fiji Times met up with the Malaita tribe at their new home in Maniava settlement, Tokaimalo, Ra, after being given 1000 acres of land by the landowners at Nayaulevu Village.

Landowner Penijiamini Tauvoli, 86, said he was told by his late father that there was a piece of land in the village belonging to the Solomon islanders.

He, however, did not know the history or tales of how and when the land was given by his forefathers to the Solomon islanders.

"There is an old village site near our village called Maniava and I was told that it belonged to a tribe from Malaita," he said.

"I really don't know the reason they stayed here and when they first arrived at our village. All I know is that I have been told by my forefathers that there is an old village for a tribe from Solomon Islands here."

Mr Tauvoli said the land had been vacant for decades until a Solomon tribe arrived from Bua in 1997.

"It was after my dad's visit to Bua in Vanua Levu where he met with a group of Solomon islanders and later told them that they had a piece of land in Ra," he said.

"In 1997 a group of Solomon islanders arrived at the village for the traditional ceremony of 'carasala' — (renewing ties with the Nayaulevu villagers)."

Mr Tauvoli said after the ceremony the settlers were given the green light to settle in Ra.

"But since their old village site is just next to our village, our elders have given a new piece of land to settle on below the Nakauvadra Range and re-named the place as Maniava."

Maniava settler Rupeni Drakabula, 62, formerly of Wainunu, Bua, said he had heard stories about his ancestors' old site in Ra.

He said he was in Bua when a late chief from Tokaimalo told them of the land at Maniava.

"We are originally from Malaita but we don't know how our forefathers arrived in Fiji," said Mr Drakabula.

"We don't have any records of this land and until today we are still searching for answers."

Fellow settler Peni Waqamaira, 58, said he has found peace in his new home after spending about 40 years in Bua.

"This is home even though I am still searching for evidence about our link to Ra," he said.

Like all other Solomon islanders in the country, this Malaita tribe has registered Fijian names as their forefathers had intermarried with the Fijians.

The lease is not leased nor registered under the Solomon islanders.

A total of 26 families reside at Maniava.