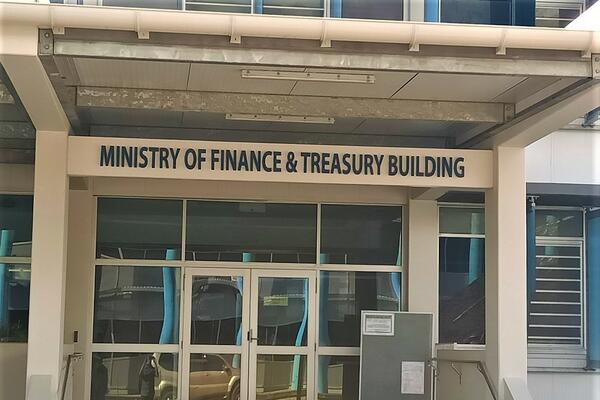 “Public officers do not qualify for ESP, all officials including the Director of Economic Reform Unit (ERU) that appeared in the list were imprest holders and were not recipients of the ESP funding," Dentana explained.
Source: solomon-islands.tradeportal.org
By Jimmy Nolan
Share
Monday, 09 November 2020 08:05 AM

The leaked list of the recipients of the Economic Stimulus Package (ESP) included names of senior public officers - the public are now calling for an investigation into how the funds have been administered.

The ESP taskforce stated in a recent press conference that those that have received the funds have signed an offer letter, which, like any other financing agreement, spells out how the funds should be expended. They also stated that the ESP is financed from public funds, and as such all recipients will be held accountable.

In terms of those public officers that supposedly benefited from the ESP the Permanent Secretary of the Ministry of Finance and Treasury, McKinnie Dentana, clarified that they are in fact imprest holders.

“Public officers do not qualify for ESP, all officials including the Director of Economic Reform Unit (ERU) that appeared in the list were imprest holders and were not recipients of the ESP funding.

“The same also applies for public officers that were under the Investment Division and Price Control under the Ministry of Commerce,” Dentana explained in a press statement.

The Permanent Secretary clarified that all officers under his Ministry, as well as those in the Ministry of Commerce, are actually being entrusted to facilitate the payments for youths that were hired on casual basis to monitor the Price Control Regulation.

“As a holder of imprest, these public officers have a responsibility to fully retire the imprest received, anything not accounted for will be deducted from their salary.

“I wish to also confirm that almost all these officers have already retired the imprest and few will retire the imprest after they pay the youths.

“I can also confirm that some of the officers have returned the outstanding money that were not utilized to Treasury as a process of imprest retirement,” Dentana said.

The Permanent Secretary also confirmed that the engagement of youths would continue until December 2020.