Delay in a National COVID Response Plan a Disgrace: Wale 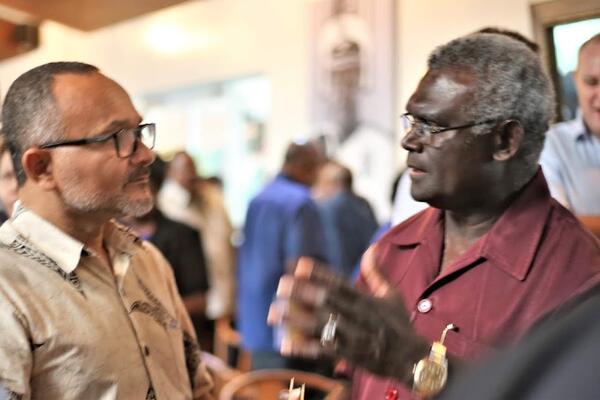 The Prime Minister’s confession that Cabinet and Caucus are yet to consider the National COVID Response Plan is a ‘national disgrace’.

The Prime Minister in his nationwide address yesterday said "they (Cabinet and Caucus) will also consider the National Response Plan to the COVID- 19 challenge we now face."

The Prime Minister stated this when he mentioned in his address that the government Caucus and Cabinet will consider the Response Plan when they deliberate on the new Policy direction this week.

The Opposition Leader said the Prime Minister’s admission now confirms that there was never a National COVID Response Plan developed in the last two years.

“So what was the government doing in the last two years? Why wait until there is community transmission and the situation is out of control before Cabinet and Caucus decides to deliberate on a National Response Plan? This is ridiculous and potrays lack of leadership foresight on the part of the Prime Minister,” he said.

Hon Wale said a National Response Plan should be the overarching strategy document to guide government response during this time.

He said such a strategy should have already been in place a year ago at least, with appropriate responses to various possible scenarios of community outbreak of covid-19.

“This is not the time for Cabinet to be meeting on how to respond to the current community transmission. That should have been done a long time ago. That is supposed to be the core of the preparedness plan. In the event of community transmission, we should already know what to do. It’s a shame that we have wasted millions on mock lockdowns and planning just to be told that Cabinet is yet to meet about the strategy,” Hon Wale said.

The Opposition Leader said the fact that it is still awaiting Caucus and Cabinet approval clearly demonstrates both the lack of urgency attached to the response plan and a neglect of a science-led approach.

He said time is of the essence, yet the government is dragging its feet as if we are not already in an unfolding tragic emergency.

“The evidence of a lack of any response plan is very clear in the fact that there is inadequate preparations in place, the response to community transmission is chaotic, high infections in vaccination teams, high infection rates in food distribution teams, inadequate resources are allocated to the response, health system collapsed, COVID deaths are on the rise, infections on an exponential rise, testing grossly inadequate, field hospital beds grossly inadequate, NRH totally overwhelmed, provincial hospitals overwhelmed, food is running low across the country - by all accounts we have an emergency situation of tragic and catastrophic proportions,” Hon Wale said.

The Opposition Leader said these points to the lack of preparedness planning, and absent leadership.

Hon Wale said the lack of urgency on the matter by the government is pathetic to say the least.

“How bad will the situation get before the Prime Minister and his Government come to realise that we are in a crisis that needs urgent attention and stop being insensitive to people’s suffering,” Hon Wale said.