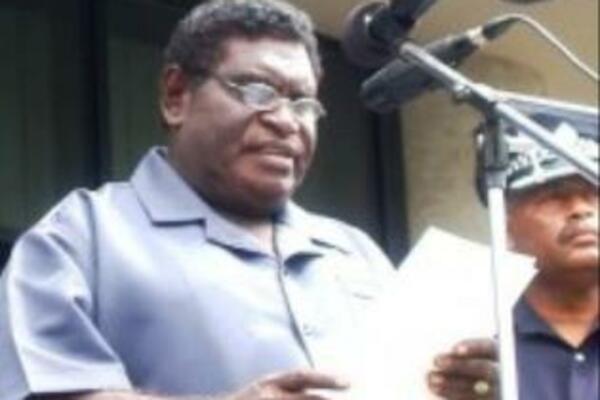 The source of the "intelligence report" is still unknown.
Source: STO Archives
Share
Wednesday, 10 August 2011 08:52 AM

A hearing will be conducted at the High Court this morning into the defamation suit filed against Prime Minister Danny Philip and his former press secretary Alfred Sasako.

The case will be presided over by Chief Justice Sir Albert Palmer.

Deputy Opposition leader, Mathew Wale, filed the defamation claim early this year following the publication of a so called "intelligence report" which claimed he was involved with RAMSI and Australia to bring down the current Danny Philip-led Government.

The report also said expatriate judges in the High Court were involved in "a conspiracy with the Opposition and Australia to unseat members of the ruling Government."

The report came out during the political upheaval in February this year when several Crown Ministers resigned from the Government threatening a premature end to the Danny Philip-led Government.

The hearing began shortly after 9 this morning.

The alleged "intelligence report" caused a major diplomatic rift between Honiara and Canberra.

Solomon Islands High Commissioner to Canberra was summoned soon after the report was released to explain. He admitted that he was not aware of the existence of such a report, or its source.

The source and author of the "intelligence report" is still unknown.