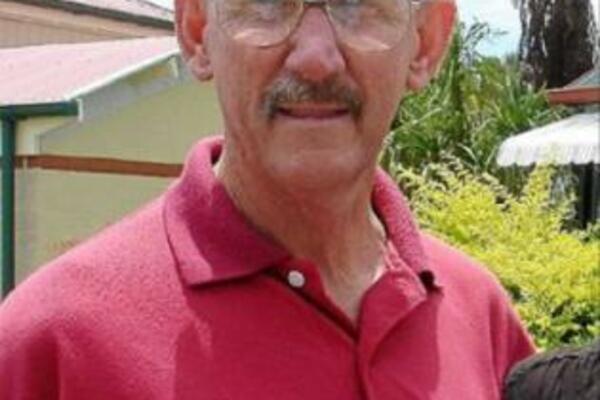 Jim Adams, who died suddenly in in the Solomon Islands, while on a Charity trip.
Source: sunshinecoastdaily.com.au
Share
Friday, 21 October 2011 13:37 PM

With his colourful clothing and mis-matched socks, Jim Adam was a man not to be missed, but he will be, as the affable cabbie, keen cyclist and dedicated Rotarian this week, died suddenly during a charity trip to the Solomon Islands.

Mr Adam, 64, of Minyama, had arrived in the Solomons the evening before on a Rotary trip to install solar panels at a school in Gizo, in the western province.

His eldest daughter, Barbara, said she understood that her father had spent the day teaching kids to play the recorder and how to whistle, and had returned to his quarters with other Rotarians when it was noticed that he had nodded off.

He could not be revived.

An autopsy is likely to be held to determine the cause of death.

Mr Adam's death shocked family and friends who described him as fit, energetic and "unstoppable".

Ms Adam said her father cycled from Goondiwindi to the Gold Coast in a charity ride only weeks ago, rode twice weekly with a group of cyclists on the Sunshine Coast, and was active in veterans tennis.

She said he had many friends and was well known for his community work.

He was the treasurer and former president of the Caloundra Rotary Club, and had received a prestigious Paul Harris Fellowship for his service to the community.

But Ms Adam's fondest memories are of a dad who liked to wear loud shirts, odd socks and mis-matched shoes to make people smile.

She said the clown front hid a beautiful man.

"He was a loud, noisy joker of a man, and sometimes it was easy to forget that he had that kind side," she said.

Merv Paddison, who introduced Mr Adam to Rotary seven years ago, described him as a "ball of energy" who was always organising a fundraising sausage sizzle.

"We'll miss him because he brought that colour to the club," he said.

Mr Adam is survived by his wife Robyn, daughters Barbara, Helen and Kat, and their husbands and children. His funeral is expected to be held next week.

His family has asked for donations to Australian Rotary Health in lieu of flowers because of his work supporting and raising money for mental health issues.