Decrease in Burglaries over Christmas and New Year Period 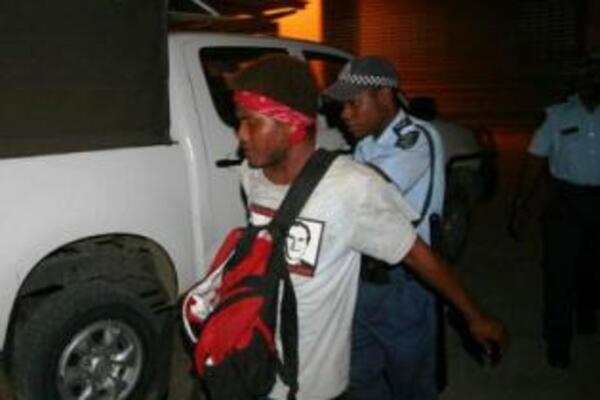 Records show that there has been a huge decrease in criminal activities as compared to the previous year.
Source: Photo Supplied
Share
Tuesday, 05 January 2010 07:30 AM

Detectives from Honiara City have worked tirelessly over the Christmas and New Year period to crack down on thefts and burglaries in and around Honiara.

A significant decrease in the number of theft and burglaries that occurred during the Christmas and New Year period reflects the commitment and effort of the detectives.

Police records showed that 18 burglary incidents occurred over Christmas through to New Year in 2008-09.

Over the recent Christmas and New Year 2010 period, police responded to four burglary reports and arrested two suspects which is a huge decrease in criminal activities as compared to the previous year.

Commissioner of Police Peter Marshall thanked all police officers who have done an excellent job in ensuring that the festive season was cerebrated safely and peacefully.

Commissioner Marshall also attributed peaceful celebrations to manner in which the members of the community behaved themselves.

"I convey my sincere gratitude to all RSIPF and PPF who participated in the security operation for the Christmas and New Year period," he said.

"You have gone out your way and ensure the members of the public enjoyed a crime-free and peaceful Christmas and New Year celebrations."

"I also thank members of the community and the public for their good behaviour which also contributed to the peaceful celebrations we have recently experienced," Commissioner Marshall said.