Decolonization of Melanesia is What Binds MSG: MSG Chair 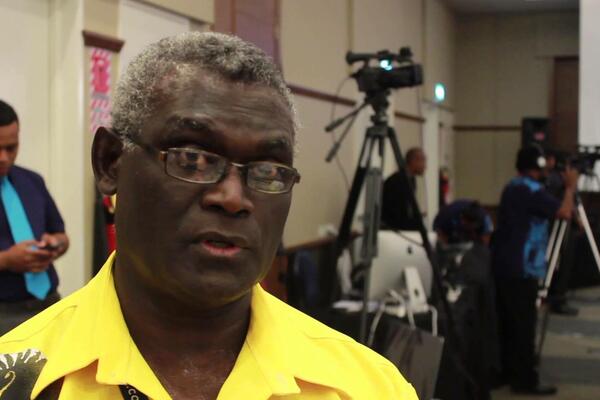 Mr Sogavare also sought to remind Jakarta that the United Liberation Movement for West Papua was also a part of the MSG, with observer status.
Source: Photo supplied
Share
Wednesday, 25 May 2016 10:23 AM

Solomon Islands Prime Minister and current Chair of the MSG, Manasseh Sogavare, has stood by statements he made earlier over Indonesia’s alleged failure to engage with the region over West Papua.

Sogavare had claimed that Indonesia joined the MSG for the purpose of “protecting its own interests, rather than discussing human rights in West Papua.”

It drew a sharp rebuke from Jakarta where the Director General for Asia, Pacific and Africa, Desra Percaya, said Mr Sogavare's claims were not based on reality.
He also said Mr Sogavare's statements violated the basic principles of sovereignty and non-interference, as contained in the MSG Establishing Agreement.

In response the MSG Chair's Special Envoy on West Papua, Rex Stephen Horoi, said that Jakarta should be reminded that one of the key overarching principles of the group is the principle of decolonisation of Melanesia.

"This is a fundamental principle that binds the Melanesian countries and all MSG members together," he said.

"In this principle, MSG stands for its defense and promotion of independence as the inalienable right of indigenous peoples of Melanesia."

Mr Sogavare also sought to remind Jakarta that the United Liberation Movement for West Papua was also a part of the MSG, with observer status.

He claimed the refusal of Indonesia's government so far to discuss West Papua with him showcases Jakarta's intention of not engaging in dialogue about the serious allegations of human rights issues.

The MSG chair has reiterated his offer to the Indonesian President, Joko Widodo, to discuss matters of common interest within the space provided by the MSG.