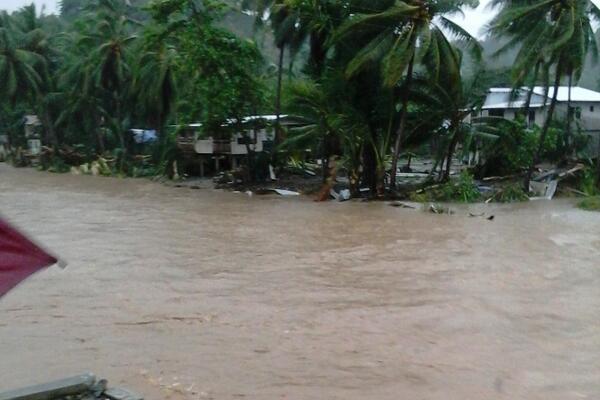 As search and rescue efforts continues 23 have been confirmed dead and hundreds still missing, according to the Solomon Islands National Emergency Operations Centre (NEOC).

Flash flooding, strong winds and landslides have also destroyed at least 76 houses, damaged 13 bridges and other major infrastructure, and destroyed food gardens and water sources across the country, NEOC confirms. Honiara City and the whole of Guadalcanal Province are still declared a disaster area.

The official death toll that has been confirmed by the Royal Solomon Islands Police Force:

The National Disaster Management Office, with its partners and other agencies, has been distributing food and water and other essential non-food items to evacuation centres since Saturday.

Sanitation has also become a concern in the evacuation centres, due to lack of water supply.

“Right now our priority is ensuring there is proper sanitation and clean water in the evacuation centres,”NDMO Director Loti Yatessaid.

“There is a very real risk of an outbreak of disease – including dysentery, malaria, dengue fever and other diseases related to poor sanitation.”

The Solomon Islands Government has allocated $5 million (SBD) in emergency funds to the relief effort.

The NDMO is coordinating and distributing disaster relief support to evacuation centres on an ongoing basis. It is working in conjunction with the Red Cross, Oxfam, Save the Children, World Vision, the Honiara City Council Emergency Operation Centre and the Internally Displaced Persons welfare cluster.

A relief plane, including medical and personal supplies, arrived yesterday from New Zealand. Australia is also sending a shipment, with a plane due to arrive at 8.30pm.

“We sincerely thank all who have pledged and provided support towards the relief effort,” Mr Yatessaid.

Other groups in Honiara have been providing and distributing support externally to these organisations.

“We thank these groups for their support, and ask them to please contact the NDMO and let us know what they are distributing and to where, so that we can fairly distribute support where it is needed most,” Mr Yatessaid.