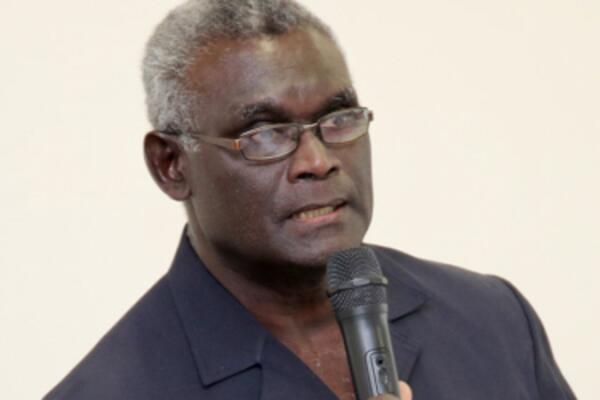 “It is important that whatever we do in advancing the development aspiration of this country post-conflict, we must not lose sight of the reasons why we collapsed,” he said.
Source: File
Share
Thursday, 19 March 2020 07:29 AM

The National Government recognizes the need to engage our resource owners in any investment and economic activities on their land.

Prime Minister Manasseh Sogavare highlighted this during his response to the Governor General’s Speech from the Throne, this week.

As such, the Prime Minister said the Government has embarked on developing a model that will ensure that our people are not mere bystanders in any investment and economic activity that is happening on their own land.

He said this is in direct response to the core argument coming out of the ethnic tension, where our people clearly questioned the fairness in the distribution of the benefits that arise from the use of their resources.

“It is important that whatever we do in advancing the development aspiration of this country post-conflict, we must not lose sight of the reasons why we collapsed,” he said.

The Prime Minister said Parliament will have more discussions on this matter when the 5 Volume Report of the Truth and Reconciliation is tabled in Parliament hopefully toward the end of this year.

The report will also include supporting working documents on the way forward to addressing lasting peace in this country.

Responding to the point raised by the Governor General (quoted), “designed to empower local resource owners to become equal partners in any investment on their lands. The model also facilitates for the Provincial Government to engage meaningfully with its people and communities to participate in investment opportunities.” (End of quote).

The Prime Minister said the Memorandum of Understanding (MoU) that was signed between the Government, Central Islands Province (CIP) and Russell Islands Investment Forum (RIIF) has three main components namely:

He said the MoU is specifically targeting land that are not registered to Levers Solomon Limited, and it should not be confused with the issue of Russell Islands Plantation Estate Limited (RIPEL).

Prime Minister Sogavare said it is anticipated that the passage of the Special Economic Zone Bill, Micro, Small to Medium Enterprises Bill and the operationalization of DBSI will create a more conducive environment for such models to be able to sustain themselves.

“Not only that, but it will also make access to finance easier,” he said.

“To advance this project the Government is planning to host a national investment symposium to showcase investment opportunities in Central Islands Province. This will present an opportunity to engage with national and international investors in the tourism, fisheries and agriculture sectors.”

He said this function would be mandated to ensure that investment opportunities are identified in Central Province and be able to promote and encourage investors to invest in the province.

“This is an important undertaking that will also be encouraged in other provinces. The DCGA will collaborate with the provincial governments to ensure investments are people driven and implemented accordingly,” he said.