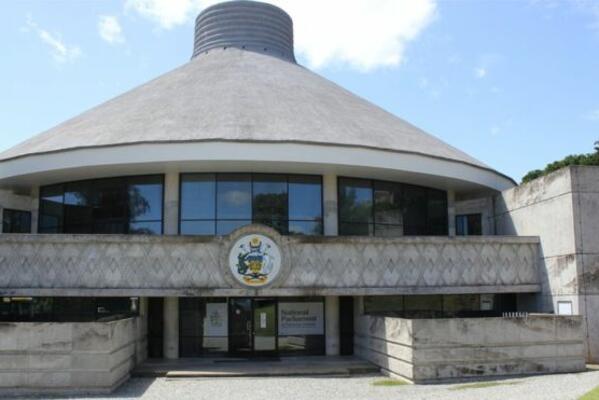 The Democratic Alliance Party (DAP) has kicked off its preparations for the National General Elections in 2018.
Source: Photo Supplied
Share
Monday, 28 November 2016 10:33 AM

The Democratic Alliance Party (DAP) has kicked off its preparations for the National General Elections in 2018.

DAP on Saturday night held a corporate fundraiser at the Honiara Hotel which the Party also used that occasion to present the Party’s standards and manifesto to business houses.

DAP Parliamentary Wing Leader Hon Rick Hou shared the visions of the Party and its commitment in upholding the ideals of good governance, transparency accountability and strong and ethical leadership at all levels of government.

“DAP strive and believes in equitable development at the national, provincial and constituency levels for men, women and children of Solomon Islands. We are a party that is so mindful about our integrity, stability and solidarity.

"As you may appreciate, DAP has done exceptionally well in keeping, upholding and advocating these principles which I believe you would agree with me are so fundamentally important to the governance of this country. Let history be the judge to the deeds of DAP, but one thing is for sure we have been a united team and we cherish team work as the way forward in rebuilding this nation of ours,” he said.

Mr Hou also highlighted in his speech that after the 2014 elections, DAP emerged as the Party with the highest number of winning candidates with 12 members. The Party Wing Leader explained that if the Political Parties Integrity Act (PPIA) had been embraced accordingly, DAP should have been the Party that should form the Government.

However, Mr Hou said as a result of the loopholes within the PPIA, it never eventuated. Mr Hou said the Party has a strong policy outlook to strengthen the PPI Act and will ensure the ambiguities that still exist in terms of the PPI act and the National Constitution in regards to the elections of the Prime Minister is fully dealt with.

“We share the opinion that whatever it takes for the good and the advancement of political development of this country the Party must put its resources in pursuit of that. In this regard, if the election of the Prime Minister as provided for in the constitution is an avenue for political instability then the most rational approach would be to get rid of that section of law that from it emanates political instability. It is the policy of the party to see that political instability is properly and adequately dealt with,” he said.

One of the highlights of DAPs policy in terms of accountability is to pass relevant legislations (e.g. PFM Act, Audit Act, and Constituency Dev Fund Act) and give more autonomy to Parliament and the National Judiciary.

Mr Hou said it is time that the principle of Separation of Powers enshrined in the Constitution is fully established through proper legislations.

“DAP is a about advancing positive change and in this particular matter it is a fundamental move that will put an end to the operational gap that exists between the three arms of our government,” he said.

Chairman of the Political Parties Commission Sir Paul Tovua was the Guest of Honor during the occasion. Sir Paul was impressed with DAPs policy proposals and has praised the party for its strong commitment in integrity and solidarity.
DAP is one of the parties that currently makes up the Opposition Group.