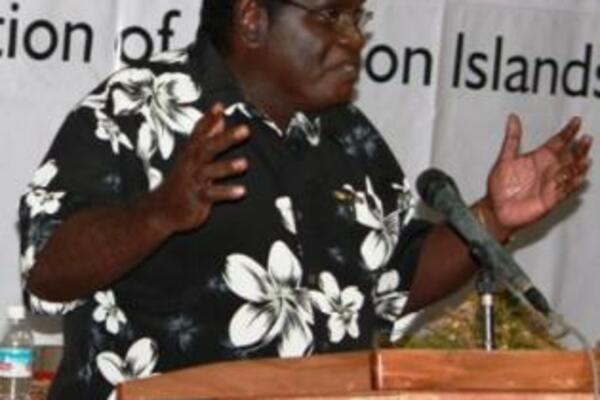 The Prime Minister says that his first priority will be the actual formation of government, which will be based on merit.
Source: STO
Share
Wednesday, 25 August 2010 11:46 AM

"This is a victory for the people of the Solomon Islands, and I thank the people who have supported me in my constituency and in my group," said Mr Philip in a brief statement outside Parliament House after being declared Prime Minister.

"It takes the support of many, and I stand here as testimony of the solidarity of our group. I take this opportunity to assure our people that we will govern seriously and we will have a government that is purposeful and resolute."

The Prime Minister says that his first priority will be the actual formation of government, which will be based on merit.

Hon. Danny Philip says that a policy document will be made available in 70 days.

Hon. Philip says that a key priority of his government would be the Constitutional Reform process. "We must give back to the people what belongs to them so constitutional reform will be a priority."

"I am a leader that you could work with I will sit with leaders and find ways forward for our country," the newly elected Prime Minister said.