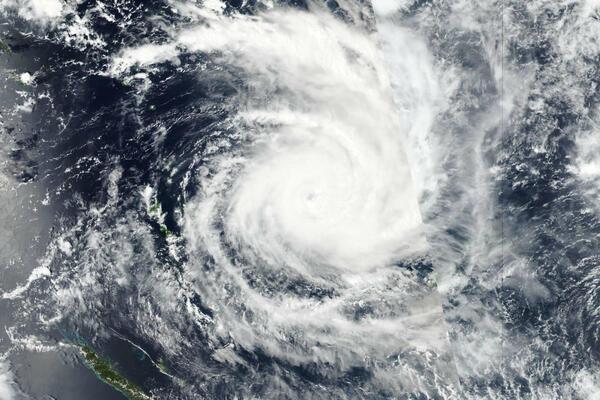 The Pacific is being belted by two tropical cyclones - one bringing destructive storm-force winds to Tonga this afternoon and another feared to cause "major issues" for Fiji later this week.

"It's so close it will cause some issues in both Tonga and parts of the southern Cook Islands," WeatherWatch says.

"Dangerous seas, heavy and sustained gales may brush these island nations, with the worst hopefully remaining at sea. Definitely one to monitor closely with local authorities in both Tonga and the Cooks."

"Category 5 is the top of the scale so this could pose major issues for Fiji," MetService warns.

WeatherWatch says slips, flooding, structural damage to buildings and coastal inundation are all highly possible if this happens.

"Those in Fiji should be closely monitoring this cyclone and preparing to evacuate, move to shelter and listening to local authorities and warnings," it says.

"This now more direct path into Fiji is of serious concern, especially with Yasa projected to be a major cyclone strength-wise by then... potentially category 5 which can have sustained winds over 200km/h.

Based on current tracking, WeatherWatch says there's a 40 percent chance the remains of Yasa will directly hit New Zealand.

"Despite the confidence levels, the chance of it remaining a powerful storm by the time it reaches New Zealand looks weak at this stage. So our chance of any 'serious impact' in NZ remains at just 20 percent," it says.