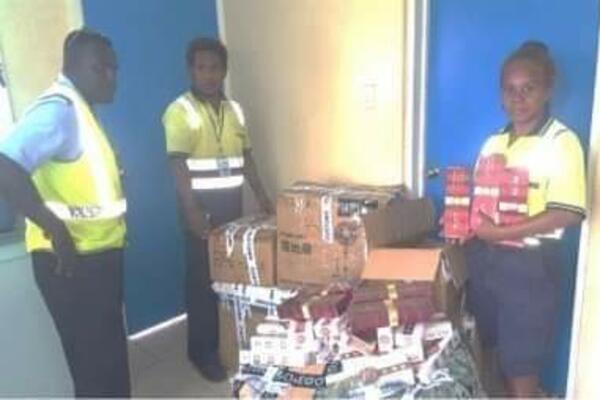 New Comptroller of the Customs and Excise Department Mr. Jim Sutton has warned businesses and individuals who evade tax duties to take extra precaution and follow the right procedure and requirements.

A statement from the Office of the Comptrollers today confirms a report to the general public and business houses that on 14th August 2019, Customs Officers in Honiara have detected an attempt to smuggle 544 sleeves of cigarettes in a commercial shipment of goods destined for a local trader.

The Comptroller also confirms that his office have directed that a formal investigation process commence with the intention to charge and prosecute the offender with customs offences before a court of law.

The cigarettes have been seized as a part of that process.

Meanwhile, Permanent Secretary of the Ministry of Finance and Treasury has also issued a statement that his office supported the new Comptroller to strengthening the Solomon Island Customs & Excise Department (SICED) with additional resources to improve revenue collection and detect revenue evasion at all border points such as ports, airports, and bond stores and parcels post.

The statement also assure the public and trading houses that SICED will continue to facilitate legitimate trade, however we will vigorously pursue and punish non-compliance with customs law.

Mr. Sutton has also confirmed his commitment to ensure full support is given to his Customs Officers to effectively carryout their duties.

Source: Press Secretary to the PM