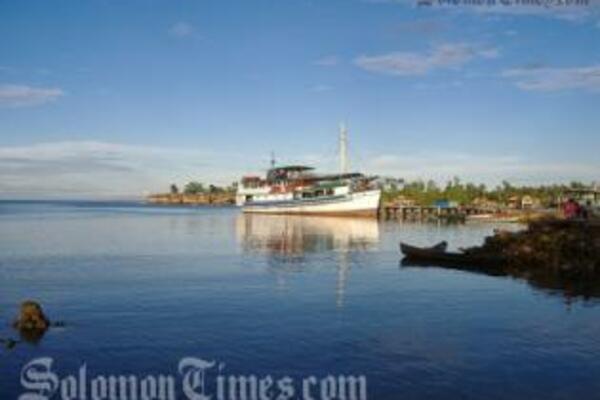 A court in Solomon Islands has for the first time ruled on the customary ownership of the land below the high water mark or foreshore.

The ruling is contained in a judgment handed down by Chief Magistrate Leonard Maina last week on a dispute over the Auki seafront.

In his ruling, Mr. Maina said the court has found that the people's customary practices and continuous use or occupation from time immemorial on the land below the high water mark or foreshore, established or vested in them the right to own in custom the Auki foreshore.

Chief Magistrate Leonard Maina's decision and judgment relates to an Acquisition Appeal from five groups of people who claimed ownership of the Auki seafront.

The land in dispute at Auki was at one stage covered by sea, but was reclaimed and currently holds, among others, the Auki market house and wharf.

Chief Magistrate Mr. Maina says that the task to determine the ownership of land below the high water mark or foreshore of Auki was directed by the High Court in the case of Combined Fera Group and Three others verses the Attorney General.

When remitting the case back to the Magistrates' Court, the High Court had directed the magistrate to determine whether the "said land was customary land that is lawfully owned, used or occupied by any of the claimants prior to 1st January, 1969."

And in determining the crucial issue of ownership of the land below the high water mark, Chief Magistrate Maina outlined that although custom is unwritten and is, in most cases, an oral tradition its usage becomes a norm or standard rule that must be observed.