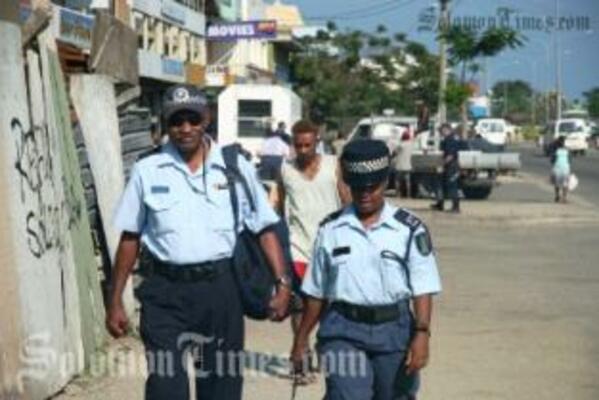 Police are clamping down on the rise in kwaso production in Honiara.
Source: STO Archives
Share
Monday, 20 April 2009 09:48 AM

Honiara City Police Liquor Licensing Squad arrested and charged a 40 year old man and his 20 year old wife for selling kwaso at the Central Markets over the weekend.

At approximately 9:15am, Police officers searched a resident suspected to be used for production of the illegal liquor kwaso at Lio settlement at Jackson Ridge, East Honiara.

During the search, police discovered and confiscated numerous materials used for producing kwaso.

Members of the community informed police that the residents of the house have left early in the morning for the Central Markets. They also accompanied police and identified the suspects at the markets.

Police officers arrested the couple at around 10:15am and seized from them 50 litres of the potent liquor known locally as kwaso.

The arrest of the two suspects also led to the arrest of another kwaso seller at the same location.

The man aged in his 30's was caught nearby at the Central Markets area, loitering around with eight bottle of kwaso for sell.

They were taken to the Honiara City Police Station where they were charged with restriction on making liquor and illegal sell of liquor respectively.

The suspects are expected to appear at the Honiara Magistrate court on 27 April 2009.

The production of kwaso, an illegally brewed alcohol, has soared recently with the increase of the price of alcohol. Kwaso is particularly popular with squatter settlements, where a bottle of kwaso is sold for about SBD$10.