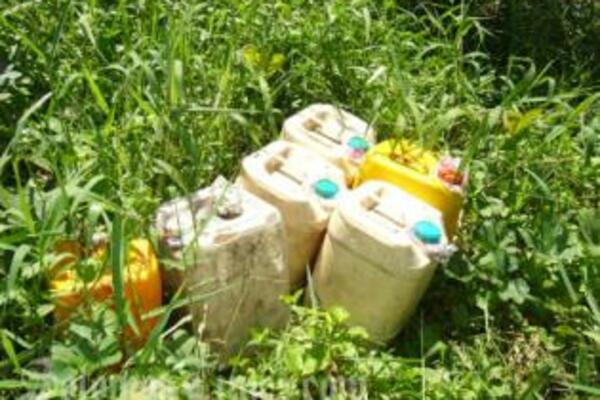 Police have arrested a man and his wife at Mbokona heights for brewing kwaso at their home, after Police gathered information on the illegal activities and raided their property.

Around 530 litres of kwaso with an estimated street value of SBD$5,300 was seized.

The Operation which began at 9:30 am involved seven RSIPF officers and one PPF advisor, working with the Liquor licensing squad.

The Police raid took the young offenders, a man aged 22 years and his wife aged 17 years, by surprise.

Officer in charge Sergeant Chris Laekalia said that the operation was very successful and police will continue to target people making kwaso.

"The confiscation of 530 litres of kwaso with some cooking equipment has been a priority for Police to stop illegal brewing of the alcohol. This causes a lot of problems inside Honiara communities."

"The criminal activity and anti-social behaviour that occurs as a result of kwaso made by this couple will be reduced. We acknowledged the public continuous support in assisting Police efforts to stop kwaso from being made and sold in Honiara and the Provinces," he said.

They were bailed last week and are expected to appear in the Honiara Magistrate's Court on 8 of June 2009.