Country Fails to Capitalize on "The Pacific" Popularity 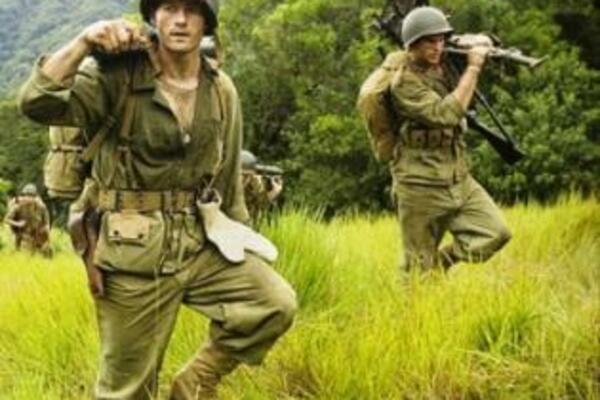 The miniseries features well-known battles on Guadalcanal, Cape Gloucester, Peleliu, and Okinawa, as well as Basilone's involvement in the Battle of Iwo Jima.
Source: HBO.com
Share
Wednesday, 22 September 2010 10:23 AM

The Solomon Islands has failed to capitalize on the hugely popular "The Pacific" mini series, produced and directed by Steven Spielberg, Tom Hanks and Gary Goetzman.

The Pacific is an Emmy Award winning 10 part television World War II miniseries. The miniseries premiered in the USA on 14 March 2010, on HBO, with 2.49 million viewers, and has been climbing steadily since.

Stewart Hayden, a historian studying at the University of Michigan, in an e-mail to Solomon Times, said that it is quite unfortunate that he has "not seen any form of promotional campaign online by the Solomon Islands Tourism Industry."

"The Solomon Islands has alot to offer, there is certainly growing interest in the United States after The Pacific mini series," Mr Hayden wrote. "We share an important history, and many would like to come see where the actual battle took place, as you know actual filming was done in Australia and not in the Solomon Islands."

My Hayden said that the storyline of "The Pacific" mini series is quite accurate as it is based primarily on two memoirs of U.S. Marines, "With the Old Breed: At Peleliu and Okinawa" by Eugene Sledge and "Helmet for My Pillow" by Robert Leckie.

The miniseries features well-known battles on Guadalcanal, Cape Gloucester, Peleliu, and Okinawa, as well as Basilone's involvement in the Battle of Iwo Jima.