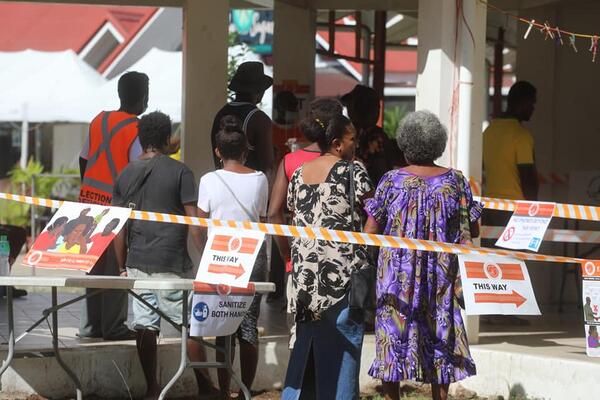 The Solomon Islands Electoral Commission office says that voter turnout was high in both constituencies with no disturbances reported at the close of polling.

Police Officers were deployed in all of the polling station as well as observers, returning officer, Mr Atu Balekana said, “it was a free and fair election and I would like to thank candidates their agents and supporters, voters the royal Solomon Islands Police the support and cooperation rendered, making this a peaceful election.”

It was observed that there was also a high turnout of voters with disabilities and the old, not seen before in past election for these two constituencies.

Polling stations were closed at 5pm yesterday and all ballot boxes from both constituencies were escorted by the Solomon Islands Royal Solomon Islands Police to Rove Police Headquarter for safe keeping.

“Electoral Commission would like to thank all the voters for coming out to vote and as well as candidates and your agents for working together with officials to ensure a smooth, free and fair election.”