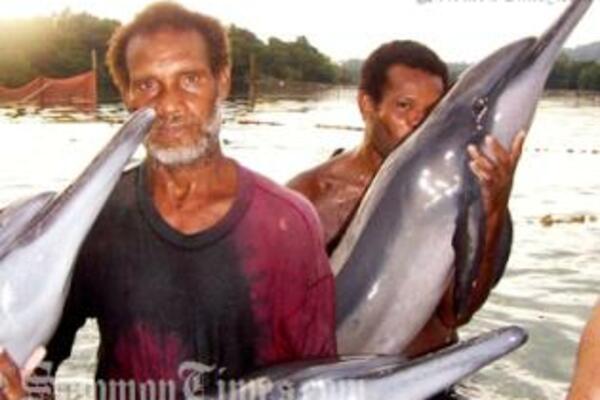 The Earth Island Institute team successfully negotiated an end to a 450 year tradition of killing dolphins with three of eight tribes in the Solomon Islands.

Ric Barry, producer of the very popular "Blood Dolphins," stated in his blog that it is "a huge victory for the dolphins and will result in thousands of dolphins saved."
The Solomon Islands gained the attention of some major international lobby groups with the exportation of dolphins in early 2006.

Apart from the exportation of dolphins, traditional dolphin killings have placed the Solomon Islands quite close to Japan in terms of the number of dolphins brutally killed each year. Killing dolphins is so engrained in local customs as the teeth are used for currency.

"The team went there unsure of what to expect. So we listened, heard local concerns and together came to a reasonable conclusion. As a result, we have agreed to help them develop sustainable long-term solutions to dolphin hunting. And they will stop killing dolphins," said Ric Barry.

Ric Barry stated in his blog that progress in the Solomon Islands could be a "shining beacon of what's possible for other dolphin-hunting countries-specifically Japan and the Faroe Islands."