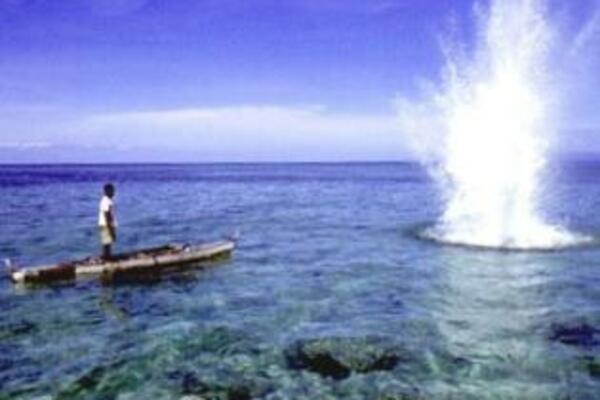 The letter states that it is unfit for human consumption and there is a strong chance it could be fatal if consumed.
Source: STO Archives
Share
Monday, 25 July 2011 08:56 AM

The Vatilau Council of Chiefs in the Buena Vesta District of Central Province are gravely concerned over the increase of dynamite fishing.

The concern was raised in a letter to the SIBC, stating that most of the fish killed were sold in the Honiara Central market. The letter states that it is unfit for human consumption and there is a strong chance it could be fatal if consumed.

It says that such illegal activities were repeatedly reported to the Tulagi police and even to the Acting Police Commissioner but "no measure has been taken against those who are directly involved."

The statement says that apart from being unsafe for human consumption, dynamite fishing has brought destruction to their coral reefs and other marine livelihood.

The statement adds RAMSI should also investigate the Bungana Island Dolphin Farm as many claim that most of the fish caught from dynamite fishing are sold to the farm.