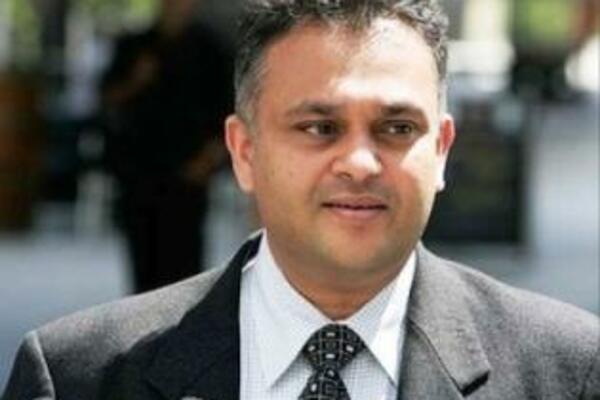 An Australian citizen, Mr Moti was charged with seven counts of having sexual intercourse with the complainant under federal laws designed to crack down on overseas sex tourism by Australians.
Source: Photo Supplied
Share
Thursday, 08 December 2011 08:29 AM

The Australian government has been exposed as being party to another high-profile "deportation" bungle, after the High Court yesterday found federal officials facilitated the unlawful transfer of former Solomon Islands attorney-general Julian Moti to Brisbane to answer child sex charges.

The decision opens the government to a compensation claim from Mr Moti and ends the controversial five-year effort to bring him to trial, under sex tourism laws, for the alleged rape of a 13-year-old girl in Vanuatu and New Caledonia.

The Australian understands that the complainant, now in her mid-20s, continues to be financially supported by the Australian Federal Police after being relocated to Australia to give evidence against Mr Moti, along with members of her family.

The High Court ordered that the prosecution of Mr Moti be stayed as an abuse of process after accepting that Canberra had connived or colluded with the government of the Solomon Islands in his "unlawful deportation" from Honiara in 2007.

His barrister, Roger de Robillard, said Mr Moti would press for an independent inquiry into his treatment, possibly along the lines of those conducted into the unlawful deportation to The Philippines of Australian national Vivian Alvarez Solon in 2003, and the wrongful detention in 2004-05 of German-born Cornelia Rau.
Both received multi-million-dollar compensation awards.

"Hopefully the Australian government will do the right thing because this reflects poorly on our international reputation," Mr de Robillard said, adding that Mr Moti would seek both "an apology and redress". Mr Moti, contacted in Sydney, declined to comment.

An Australian citizen, Mr Moti was charged with seven counts of having sexual intercourse with the complainant under federal laws designed to crack down on overseas sex tourism by Australians.

The case was thrown out by a Brisbane judge in 2009, who found it had been tainted by witness payments made by the AFP to the girl and her family. The prosecution was revived last year after that ruling was overturned.

The High Court had the final say yesterday, finding that Australian diplomats had facilitated Mr Moti's unlawful deportation from the Solomon Islands by supplying him with travel documents, knowing full well his rights under local law had been breached.

Acting Australian high commissioner Heidi Bootle advised Canberra of this and forwarded a copy of the relevant Solomon Islands' legislation that "revealed she was unequivocally right".

"Having regard to the role that Australian officials played in connection with the appellant (Mr Moti) being brought into this country, the further prosecution of the charges would be an abuse of process," the High Court ruled.

Human rights law expert Spencer Zifcak, the president of Liberty Victoria and professor of law at the Australian Catholic University, Melbourne, said Mr Moti would have a justifiable claim for compensation. "It's more than a bungle. It's a deliberate calculated action by Australian authorities to evade the strictures of Solomon law and that's deplorable," Professor Zifcak said.

Australian Lawyers for Human Rights president and prominent Brisbane barrister Stephen Keim SC said the case highlighted concerns by WikiLeaks founder and Australian national Julian Assange that his extradition from Britain on rape and sexual assault allegations to Sweden could land him before a US court.

"The sorts of safeguards that exist here, that were found by the High Court not to have been complied with in relation to Mr Moti, are thought not to exist at all in the way which people are sent from Sweden to the United States," Mr Keim said.
The AFP welcomed the finding that witness payments to the complainant were lawful, contrary to Mr Moti's submission.