Communities Told to Step Up After RAMSI 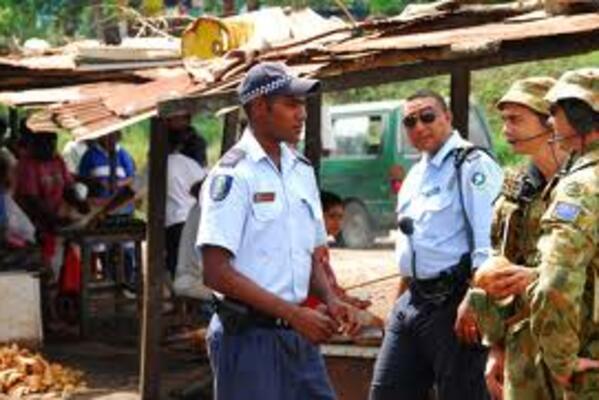 “RAMSI was never meant to stay forever....Work will continue despite the RAMSI transition but we Solomon Islanders and communities must do our part,” says Derek Manuari of the Prime Minister's Office.
Source: aspistrategist.org.au
Share
Monday, 18 March 2013 08:50 AM

As RAMSI prepares to downsize, Solomon Islanders are now taking responsibility for the welfare of their own communities.

This was revealed by Johnson Honimae after making series of community outreach meetings recently.

Communities in the multi-million dollar Gold Ridge Mine area of East Guadalcanal were among some of the worst affected by the social unrest that led to the deployment of the Regional Assistance Mission to Solomon Islands (RAMSI) 10 years ago this July.

Although the mine has been back in operation for several years, the communities are now having to grapple with the changes coming to RAMSI.

The Solomon Islands Government and RAMSI are together to ensure ordinary Solomon Islanders understand what is happening as RAMSI transitions.

Representatives of the Government, Royal Solomon Islands Police Force (RSIPF) and RAMSI are visiting communities, schools and provinces to explain what the new smaller, police-focused mission will look like. At a recent series of meetings in villages around Gold Ridge, communities displayed a strong desire to build on the gains facilitated by RAMSI’s presence in the country over the past 10 years.

The transition of RAMSI should actually be seen as an opportunity for Solomon Islanders to take full responsibility for the leadership of their country according to the Solomon Islands Government Assistant Secretary responsible for RAMSI, Derek Manu’ari.

“We Solomon Islanders must start to look after ourselves,” Manu’ari told the Bubulake community outreach meeting recently.

“RAMSI was never meant to stay forever. The government has discussed with RAMSI what areas the mission will need to continue and what areas we need to invite other donors to assist with. Work will continue despite the RAMSI transition but we Solomon Islanders and communities must do our part.”

During the outreach discussions, villagers expressed some doubts over whether the local police would be able to sustain the work that the RAMSI Participating Police Force (PPF) has done in the past decade.

“After ten years of RAMSI, our lives are now slowly returning to normal. We have confidence in the deployment of RAMSI. But there is still a feeling of fear in our mind as this area hosts some of the major developments in this country,” said Titus Soba, a community leader of Obo Obo village.

“The withdrawal of RAMSI PPF will bring back fear to us. We need the presence of the RSIPF (Royal Solomon Islands Police Force) in our communities.”

During the community outreach meetings, the Gold Ridge chiefs and villagers raised concerns about alcohol and substance abuse, including marijuana, and the issuing of liquor licences.

Guadalcanal’s new Provincial Police Commander, David Diosi, who recently took up one of the most challenging police posts in the country, said he had an ‘open door’ policy and encouraged the community leaders to visit him at the province’s newly completed police headquarters near the Honiara International Airport.

“Guadalcanal Province is the hub of the country’s biggest investment and development projects including the Guadalcanal Plains Palm Oil Limited and the Gold Ridge mine so there’s bound to be law and other issues,” PPC Diosi said. “But we, the police and the community, should work together to address these issues.”

The meeting ended in a positive note with communities agreeing to join forces with the provincial police to address law and order issues, instead of looking to other people to come in and solve their problems for them. Such positive developments will go a long way in sustaining what RAMSI has done in the past decade in partnership with Solomon Islands, especially in addressing law and order issues in areas such as Gold Ridge.

It is planned that the military component of RAMSI, which has had a reduced role and low profile for several years now, will leave in the second half of 2013. However, RAMSI’s Participating Police Force will remain in Solomon Islands until June 2017. Today, they are focused on building the capacity of the Royal Solomon Islands Police Force. This will continue to be their main job during the next four years.