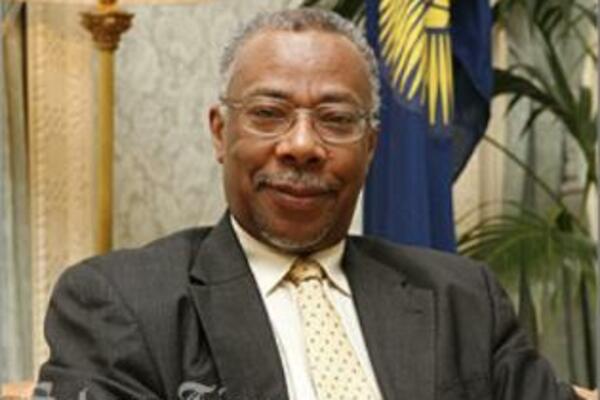 Deputy Secretary-General Ransford Smith said that the Facility represents Commonwealth's direct response to the priority needs of its membership in the region.
Source: thecommonwealth.org
Share
Friday, 09 April 2010 08:24 AM

An initiative to strengthen democratic and governance institutions, accountability and transparency, and people's access to information in the Pacific region has been launched in Honiara.

The Commonwealth Pacific Governance Facility was developed in collaboration with regional governments and development partners to support good governance objectives set out in the Pacific Plan.

The launch in Honiara yesterday afternoon was presided over by the Prime Minister Dr Derek Sikua, and Commonwealth Deputy Secretary-General Ransford Smith.

Deputy Secretary-General Ransford Smith said that the Facility represents Commonwealth's direct response to the priority needs of its membership in the region, and reflects the association's commitment to supporting its vulnerable members.

Mr Smith said the facility will specifically focus on "strengthening democratic institutions and processes and improving the capacity and effectiveness of critical governance institutions, in particular, those aimed at improving better utilization of public funds and assets."

He said the facility will also assisting governments to provide their people with access information and assist governments to develop policies for land mobilization and development.

He said that Commonwealth's work is hinges on two key pillars: Democracy and Development.