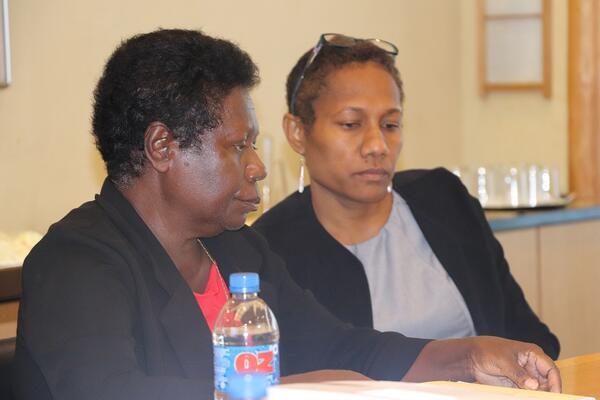 The Solomon Islands Government has set the fight against corruption as one of its major priorities and has recently appointed commissioners for the newly established Solomon Islands Independent Commission Against Corruption (SIICAC).

In partnership with the United Nations Development Programme (UNDP), the Government has organised an induction program for the SIICAC commissioners today at the Solomon Kitano Mendana Hotel.

The objective of the induction program was to familiarise the SIICAC Commissioners with international anti-corruption legal frameworks, to expose Commissioners to anti-corruption tools and best practices from other countries and a discussion around their understanding of the roles and functions of the Commission as defined by the Anti-Corruption Act 2019.

The Commissioner’s induction program was facilitated by an international expert on Anti-Corruption, Mr Phil Matsheza, with the support from UNDP.

The induction program was also attended by heads of integrity institutions such as the Leadership Code Commission, Office of the Ombudsman, Office of the Auditor General and Police Investigation Department.