COI into Land Dealings on Guadalcanal Set to Begin 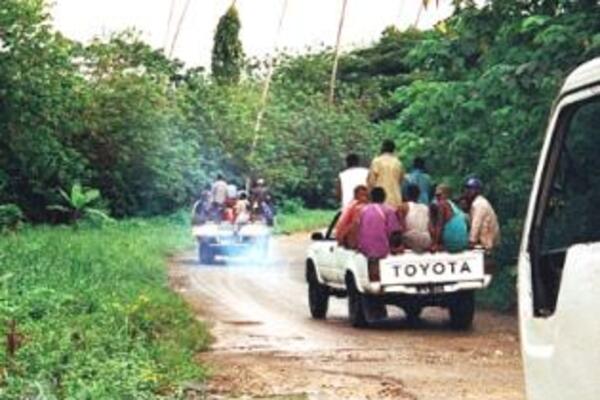 The inquiry will be looking at the acquisition, occupation, and settlement of such lands by persons from other provinces.
Source: STO Archives
Share
Tuesday, 10 November 2009 08:52 AM

Prime Minister Dr Derek Sikua has set down the terms of reference for the Commission of Inquiry, COI, into Land Dealings and Abandoned Properties on Guadalcanal.

Legal counsel to the Commission, Ruth Townsend, read out the terms of reference yesterday morning during a briefing for local media.

The terms of reference requires the Commission to inquire and report facts and circumstances surrounding certain customary lands in Guadalcanal.

The inquiry will be looking at the acquisition, occupation, and settlement of such lands by persons from other provinces.

The Inquiry's legal advisor also announced that the Commission is inviting people affected by land dealings on Guadalcanal to come forward to the Commission.

Brian Brunton of Papua New Guinea is chairing the Commission of Inquiry into Land Dealings and Abandoned Properties on Guadalcanal.

Other members of the Commission include Pastor Manoa Rabuka of Fiji and Stephen Tahi of Vanuatu. The Commission's Secretary is Christopher Waiwori.

Ms Townsend also says the social mapping exercise will gather information on Guadalcanal landowners and occupants of other provinces who had lost land during the ethnic unrest.