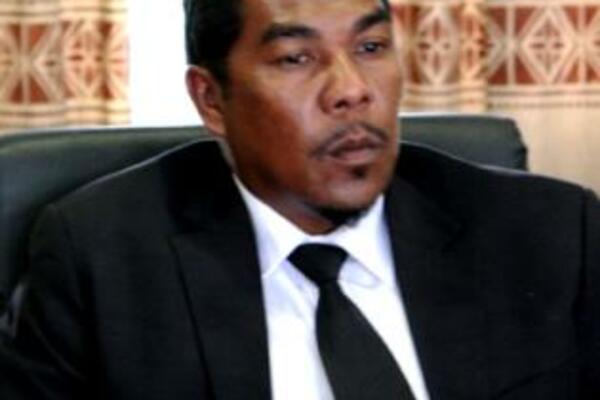 "His sudden passing away is a huge loss to your family, the constituency, Western Province, the National Government and the Nation as a whole," Prime Minister Philip said.
Source: Photo Supplied
Share
Thursday, 26 August 2010 15:30 PM

Prime Minister Honorable Danny Philip and members of his coalition group today expressed their deep sadness over the untimely passing away of the Member of Parliament for Shortland Islands, the late Steve Laore.

The late Steve collapsed at a hotel he was staying in on Wednesday night. No immediate details surrounding the death were available. A post mortem is being carried out at the National Referral Hospital to determine the cause of death.

In his sympathy message today, Prime Minister Danny Philip said the sudden death of the late Steve is a huge loss to the family, relatives, constituency, the Government and Nation as a whole.

Prime Minister Philip described the late Honorable Steve as an "active member" of his coalition group since his recent election as Member of Parliament and throughout the process of forming the government.

"We share with you our heartfelt sympathy for the sudden passing away of our colleague MP and Brother, the late Steve Laore. His sudden passing away is a huge loss to your family, the constituency, Western Province, the National Government and the Nation as a whole," Prime Minister Philip said.

"It is a heartbreaking reality that the late Steve cannot live longer to fulfill his plans, dreams and obligations to his family and constituency," Hon Philip added.

"Our thoughts and prayers are with you at this time of mourning. We pray that our good Lord will give you comfort and strength as you grieve over the death of our late brother, Honorable Steve Laore."