Clothing Back on the Racks at the Central Market 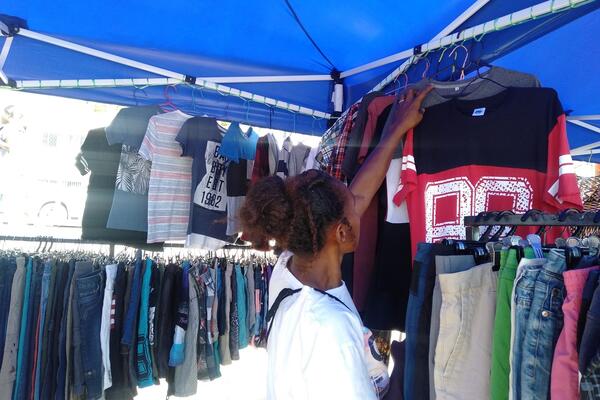 He says a number of consultations had been done before approval was also granted for the clothing vendors to resume business.
Source: STO
By Jimmy Nolan
Share
Thursday, 02 July 2020 07:51 AM

The Honiara Central Market has opened its gates for clothing vendors but with restrictions.

Market Master, Mr Nelson Sakui says only 30 clothing vendors will be allowed to sell at any one time at the market.

“This is because there is not enough space for everyone. We are only using the car park area as a site for clothing vendors."

He says later they will look at other options to cater for those that will not be able to have a chance to secure a place at the market.

“Market fees will be charged as normal to the vendors though there will be some changes," Sakui says.

"Fees are charged according to each tent. Each tent is only allowed a maximum of three vendors. We charge SBD$60 for one tent per day but we have decided to collect fees on a monthly and not daily basis as usual. This is approximately SBD$1680 per tent for three vendors monthly fees."

The market master says a number of vendors are still frequenting his office and they are doing their best to assist the different sectors at the market.

He says a number of consultations had been done before approval was also granted for the clothing vendors to resume business.

The decision by HCC to restore clothing vendors had met a lot of criticism via the HCC social media page.

Earlier in April HCC decided to suspend the sale of non-essential goods that include clothes, jewellery and accessories and the popular assorted range of coconut oil.

The suspension was to ensure Honiara Central Market adhered to the measures put in place under the ‘state of public emergency’.