Climate Change is the Single Greatest Threat to Our People: Sogavare 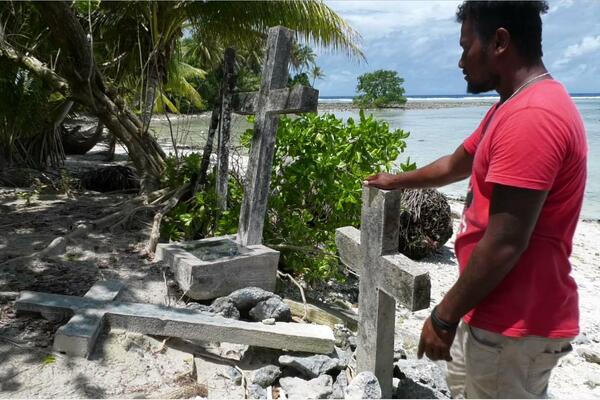 Prime Minister Sogavare says that the current trend is driving humanity towards a three degrees’ Celsius world, which he says is not “a world we wish to bequeath to our future generations.”
Source: SIBC
By Samson Sade
Share
Monday, 26 September 2022 10:56 AM

Prime Minister Manasseh Sogavare addressed the United Nations General Assembly (UNGA) on Friday, and singled out climate change as the “single greatest threat to our people and the planet.”

“We remain deeply concerned that we are falling behind in our commitments under the Paris Agreement. Already global the temperature has increased above pre-industrial level to 1.1 Celsius degrees.

“The most recent Report by the Intergovernmental Panel on Climate Change (IPCC) delivered the starkest warning yet about the deepening climate emergency.

“The IPCC Report further stated that limiting global warming to close to 1.5 degrees Celsius or even 2 degrees Celsius above pre-industrial levels will be beyond reach in the next two decades, without immediate, rapid, and large-scale reductions in greenhouse gas emissions,” said Sogavare in his speech.

He strongly calls on all major greenhouse gas emitting countries to cut emissions and take more ambitious action to place the world on a below 1.5 degrees’ Celsius pathway.

Prime Minister Sogavare says that the current trend is driving humanity towards a three degrees’ Celsius world, which he says is not “a world we wish to bequeath to our future generations.”

According to the United Nations Food and Agriculture Organization (FAO) the largest emitters from fossil fuel, combustion and industrial processes are as follows;

China, being the world’s largest emitter, has made commitments to tackle climate change under the terms of the Paris Agreement, which will see it peak its carbon dioxide (CO2) emissions before 2030 and achieve net-zero emissions before 2060.

Despite such commitments, analysts say that current policies in China are “Insufficient” to meet the Paris agreement's 1.5°C limit, and are more consistent with a global warming of 3°C. Although, it should be noted, China still ranks first for several years in investment in renewable energies.

While the Paris Agreement provides an important platform for inter-governmental conversations and multilateral cooperation, analysts say it will be domestic considerations that’s likely to determine whether China will fulfil the commitments or not.