Climate Change Is Real For Us 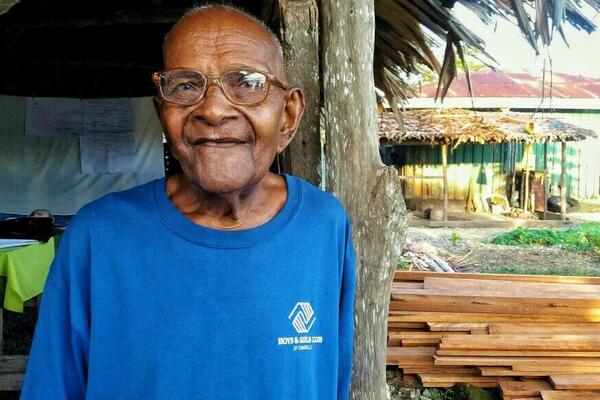 Joseph Dili comes from Gwaedalo village in the Langalanga lagoon in the west coast of Malaita near the provincial capital, Auki.
Source: Jeremy Gwao
By Jeremy Gwao
Share
Tuesday, 25 August 2020 09:10 AM

“The sea has crept inland and has reached places we have not seen it reach before”, Mr. Joseph Dili says.

Joseph Dili comes from Gwaedalo village in the Langalanga lagoon in the west coast of Malaita near the provincial capital, Auki.

He has spent most of his life in the village thus has a good understanding of the issues faced by his people.

He says as the sea continues to rise, it will pose more threat to people’s lives, more than before. Dili says the issues faced now also include man-made destruction to the environment.

"It is time that we should start looking at stopping the dynamite practices by using the traditional fishing methods and at least we work on ways to start conserving our mangroves and lagoon," he says.

Mangroves protect coastlines and also treat polluted waters. Restoring mangrove forests is one way scientists have sought to defend coastal communities from the ravages of climate change. For those in Langalanga lagoon, the mangroves also serve as a source of income and food for their livelihood.

The people of Langalanga had an extensive local fishing knowledge, passed down from generations before. But under the pressure of cultural change, much of this tradition was lost. Fishermen now opt to use dynamites and other unsustainable methods of fishing causing damage to the marine ecosystem.

For Mr. Dili he says in the past, life was simple. He says a lot has changed now even for them in the village. He says if people are not careful, there will be nothing left for the future generation to enjoy.

The Intergovernmental Panel on Climate Change (IPCC) has reported that a 7mm sea-level rise has been observed for the country between 1994 and 2014. This rate is said to be alarming compared to the global average of 3.2mm.

When it comes to sea level rise, the Langalanga people are very susceptible as they live on small artificial islands built on sand bars.

"There will be hardship for our next generation. And I'm sorry to see the changes”, Dili says.