Claims of Intimidation by Voters 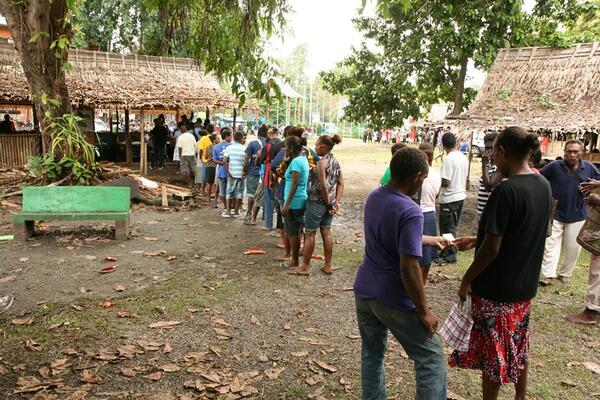 Voters in Honiara have claimed that they are being intimidated by supporters of certain candidates.

“The past few weekends we have been intimidated by drunken supporters of certain candidates, just last weekend few supporters got really drunk and warned us that if we do not support their candidate they will come after us,” one voter told Solomon Times.

“We want the police to do more during this campaign period including the election and after, we are not happy with such behaviour.”

One of the intending candidates for Honiara says that he is aware that such behaviour is becoming common, stating that he is concerned for the safety of his campaign team.

“We have had to avoid going to certain places because of such behaviour, I have advised my team to report such cases to the police, and I appeal to the police to take such matters seriously.”

He says it would be important to consider putting a temporary alcohol ban during Election Day.

“Those people in authority should seriously consider banning the sale of alcohol at any retail outlet, and the serving of alcohol in all clubs, bars and restaurants, during elections,” he says.

“There are certain candidates being pressured to pay for alcohol by their supporters, once they are drunk there is no control, even from candidates.”

The police have warned that they will be extra vigilant during this election period, and will not tolerate such behaviour.