Claims of Drugs, Guns and Criminal Culture in Samoa 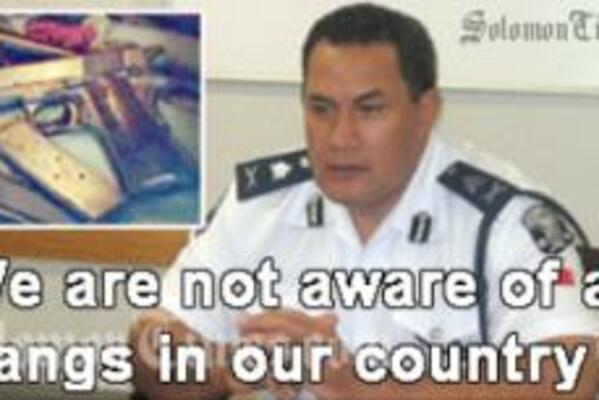 Claims of a growing drugs and gun culture in Samoa, along with claims that the country is a dumping ground for criminals has led the police in the country to start an urgent investigation.

As reported by the Samoa Observer, the claims were made following an investigation by New Zealand's One News which revealed that 'a lucrative trade in drugs from New Zealand is helping to finance gun smuggling of some heavy weaponry from the United States' to Samoa.
One News also claims that Samoa is becoming a dumping-ground for criminals convicted in the United States.

According to the report, while reporting about Samoa's growing drugs and guns culture, One News stated that 'criminal gangs in Samoa sell drugs from New Zealand for money to help buy guns from the United States'.
"There is a group in Samoa known as the Makoi boys and their business is selling marijuana and P."

"Their patch is controlled with their weapons of choice - machetes, rocks and axes.
"But in Samoa there is another weapon of choice. Guns of all sizes are being smuggled in from the US, and it's becoming big business.

"Weapons are hidden in car boots and sold at prices ranging from $300 to $1,500 depending on the type of gun.
"Those smuggling and selling weapons also deal methamphetamine brought in from New Zealand.
"There are several drug lords whose clients include people in top positions of responsibility, so they work in the shadows as there is too much at stake.

"It appears young Samoans from New Zealand and others with gang affiliations overseas are attracting unwanted attention by selling drugs to kids."

According to the Samoa Observer, at a press conference, Samoa's Commissioner of Police, Papali'i Lorenese Neru, said the claims were news to them and that they "are not aware of any gangs" in the country but that they "have started an investigation to find out who exactly these people are".

The Commissioner added that the TVNZ report has "sparked a joint operation ... between Samoan police and the New Zealand police".

The Commissioner reassured the country that Customs and Police are protecting the border and that border control is 'part of ongoing joint work by Police and Customs here and in New Zealand', adding that successful drug raids carried out recently will continue

In response to claims that the country has become a dumping ground for convicted criminals in the United States who are deported to Samoa, the Commissioner said that the ministry has records of any deportees as they are usually notified by whichever country the deportees are coming from.

"The ministry has all the records. We usually receive notification of deportees from anywhere - Australia, New Zealand, United States, Hawaii mainly.
"We are at the airport to wait for them. And we are aware of where they are.
"And as far as re-offending is concerned, there's a very little percentage of that."

According to the report by the Samoa Observer, One News had reported that around 60 US deportees currently live in Samoa, 'deported back to homes they left as infants' in exchange for less jail time and it is hard for these deportees as they sometimes clash with locals and local gangs.

However, according to the report, the Commissioner stated that most of them are absorbed into family and village life.