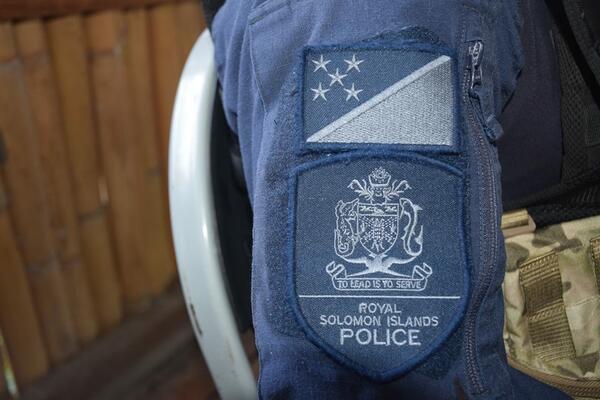 The five people were identified following assistance from members of the local communities.
Source: Supplied
Share
Monday, 15 April 2019 11:40 AM

Officers of the Royal Solomon Islands Police Force (RSIPF) in Guadalcanal Province arrested five men on 14 April 2019 following an alleged attack on a church building with rocks while people were praying inside at Makina Village in East Guadalcanal.

The report alleged that the five men arrested were drunk. It was alleged that they carried out the attack following frustrations over their losing candidate in the National General Election on 3 April 2019.

She adds: “The five people were identified following assistance from members of the local communities. I am encouraged by the support shown for the work of the police.”

PPC Thugea explains: “The incident was alleged to have happened on the night of 13 April 2019 at Makina Village in East Guadalcanal, not far from Marau Police Station. Officers at Marau tried to stop the attackers but the police were outnumbered so a request was made for re-enforcement. Officers of the Guadalcanal Provincial Response Unit (PRU) were sent from Henderson Police Station by stabi-craft to Marau resulting in the arrests.”

“I appeal to the good people of Guadalcanal Province to accept the outcome of the election, and for them to respect each other and not resort to unlawful acts as allegedly reported to have happened at Makina,” says PPC Thugea.

“Police will take stern action against anyone who resorts to any criminal acts. Police continue to ask members of the communities to report any crime to your RSIPF” PPC Thugea emphasises.

Police in Guadalcanal Province can be contacted through the following: