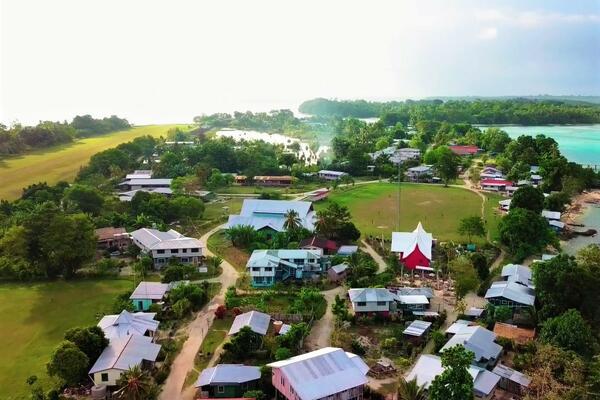 Qoloni says his province is looking forward to hosting guests who will be attending the province’s second appointed day.
Source: YouTube
By Georgina Kekea
Share
Monday, 22 February 2021 09:19 AM

Speaking recently to Solomon Times Online, Premier, Watson Qoloni says the occasion to mark the province’s second appointed day will be in Taro.

Qoloni says his province is looking forward to hosting guests who will be attending the province’s second appointed day.

“So, they will see for themselves how far we have progressed. I hope premiers from other provinces will be able to join too so that we learn from each other”, Qoloni says.

He says his government has invited the Prime Minister and other dignitaries to attend the province’s second appointed day.

In Taro, the Prime Minister will visit the hospital. The Taro hospital serves as a referral centre for all the health clinics across Choiseul province. It is a certified baby friendly hospital meaning that the hospital advocates for exclusive breastfeeding for up to six months before the introduction of a soft diet for babies.

It was on 25th February 1992 that Choiseul separated from the Western province and became a province of its own.

Mr. Watson Qoloni is the province’s fourth premier. The longest serving premier was Mr. Jackson Kiloe who held the position for 18 years.

Choiseul is one of the first provinces to relocate its capital township, due to the impact of climate change. Work is still progressing on its relocation.