Chinese Flight May Have Exposed PNG to Coronavirus 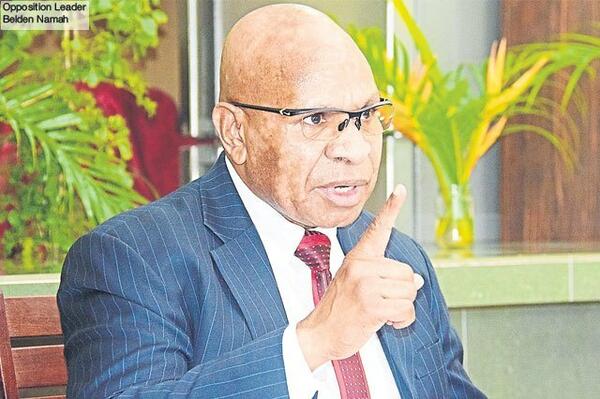 “This is now a very, very serious breach in Covid-19 protocols which may have exposed our citizens to Covid-19 infection from the outside,” Mr Namah said.
Source: PNGfacts.com
Share
Monday, 03 August 2020 10:00 AM

The Chinese tycoon Chen Mailin, who landed in Port Moresby on June 21 in a private jet and took off two days later, did not observe the 14-day compulsory quarantine protocols.

PNG's Opposition group says that based on the flight path they obtained he was in Vancouver, Canada on June 16 and also passed through Chita, Japan and Canada.

The Opposition group says that PNG only had 9 cases with no deaths on June 21. All these figures have changed with PNG now reporting well over 90 cases and two deaths.

Opposition leader Belden Namah has called on the Prime Minister James Marape and his Covid-19 administrators to explain why this businessman, who had been through countries highly exposed to this virus, was allowed into the country without proper quarantine.

“This is now a very, very serious breach in Covid-19 protocols which may have exposed our citizens to Covid-19 infection from the outside,” Mr Namah said.

“I do not like to link it as so, but it is anybody’s guess whether or not this deliberate dropping of our guard might have caused the spike in infection in Port Moresby. Because where else would it come from?

“The flight plan of the jet and its passengers was known at the highest levels.

“The permission to land at Jacksons was signed by Acting Health Secretary, Dr Paison Dakulala. SOE controller David Manning is said to have met with two Chinese nationals on that flight.

“Marape was reported at the time saying that three Chinese nationals were cleared through proper process under the SOE protocols.

“How can that be proper if they took o two days later without the 14-day compulsory quarantine and especially after their visits to Canada, Japan and Hong Kong?

“This private jet should never have been allowed to land in PNG if the government had done its due diligence checks and proper intelligence on where it had been in the days before its arrival here,” Mr Namah said.