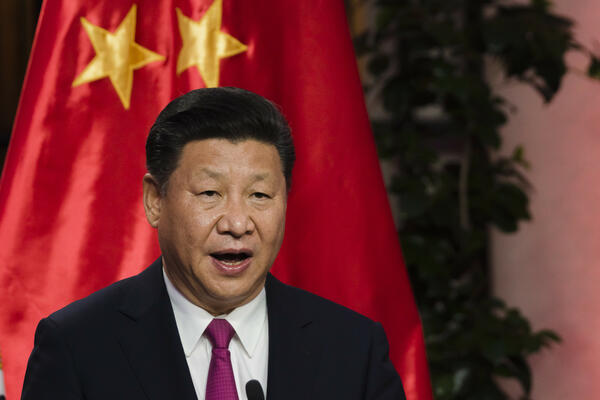 The full extent of what was discussed is anyone’s guess, but it seems the message was so important that President Xi had to call directly, and not pass the message through his Ambassador in country.
Source: Time Magazine
By Samson Sade
Share
Monday, 27 September 2021 11:55 AM

It is understood the phone conversation between the two leaders focused on common interests such as upholding the international order, fairness and justice.

China is also said to be appreciative of Solomon Islands' firm adherence to the One-China policy and stands ready to work with Solomon Islands to push bilateral relations to a higher level.

President Xi Jinping is said to have pointed out that China is willing to strengthen inter-party exchanges with Solomon Islands, promote synergy between the joint building of the Belt and Road Initiative and Solomon Islands' development plan.

He is also said to have committed to deepen practical cooperation in various fields, and welcome Solomon Islands to use the China International Import Expo and other platforms for promotion of competitive products and expand exports to China.

Sogavare is said to have expressed Solomon Islands firm adherence to the One-China policy, and supports the building of a community with a shared future for mankind. Sogavare also expressed his firm support to China on issues related to Taiwan, Xinjiang, Hong Kong and human rights.

Relations between the Solomon Islands and China has brought about division within the country. Malaita, the most populous province in the country, has refused to recognize, or accept any assistance, from China since the switch. It now appears that there are elements at play to bring down the outspoken Malaita Premier Daniel Suidani.

Malaita provincial assembly members (MPA) that are pushing to oust Suidani says that their position on China will not change, meaning it will be status quo – so no developments led by China will be accepted in the province?

The mantra ‘leave no stones unturned’ has proved to be problematic, or just downright misleading, apparently many stones were left unturned before the switch.

Despite all this, what is of importance is that our people gain positively from such relations, measured through an improvement in the livelihoods of our rural population. What we must give in return is perhaps the issue, towing the line on issues that go against our democratic and Christian values should be avoided at all cost.

It is a big deal that a powerful world leader would pick up the phone and call directly. The full extent of what was discussed is anyone’s guess, but it seems the message was so important that President Xi had to call directly, and not pass the message through his Ambassador in country.