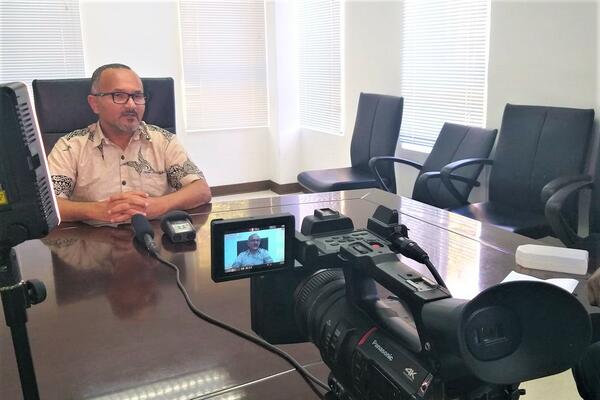 The Opposition Leader said, if the shameful NDF is open to all then publish the list of beneficiaries who received these funds in 2019 and 2020.
Source: Supplied
Share
Thursday, 02 September 2021 10:42 AM

Recent revelations of an SBD$200,000 direct funding by the Peoples Republic of China (PRC) to each of the 39 Members of Parliament (MPs) in government has again brought to light the controversial National Development Fund (NDF) administered by the Prime Minister’s Office (PMO).

The Leader of the Opposition Hon. Mathew Wale says that officials within the PMO should come clean instead of diverting the attention of the public through press statements. The Opposition Leader described the direct funding by China under the NDF as shameful.

The government released a statement saying the Opposition Leader is using the issue of the NDF to sow discontent, further stating that other MPs outside of government are welcomed to apply for funding under the NDF.

“Of course, you expect that kind of response from political operatives, whose interest is only their jobs and not wider national interest”, Hon. Wale said.

The Opposition Leader said, if the shameful NDF is open to all then publish the list of beneficiaries who received these funds in 2019 and 2020.

“I am calling on the Prime Minister to publish the list of beneficiaries and corresponding amounts received in 2019 and 2020.

“It really is very disappointing that China is continuing this practice and funding. If they are requiring some accountability, that is an improvement. However, the fact that these funds are only for MPs who support the PM clearly shows these are political patronage funds,” stressed Hon. Wale.

He said the Minute signed by the Prime Minister dated 25th August 2021 is clear in that the NDF is only for 39 MPs, adding that the list of those 39 MPs contain only MPs in government.

The Opposition Leader further added that the shameful so-called National Development Funds undermine Solomon Islands sovereignty, and the fact that the Prime Minister does not see it as such, is even worse.