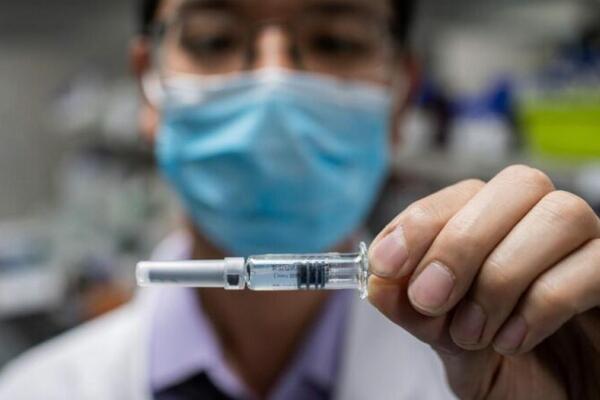 TSI says that this is especially important in the aftermath leading to Papua New Guinea’s pandemic Controller Mr. David Manning sending back 180 Chinese workers after having learned about the secret vaccine trial.
Source: Tellusdaily
Share
Wednesday, 02 September 2020 08:14 AM

"The government has ignored the call by its people and yesterday a charter flight left for China to bring the 88 plus passengers from China, both citizens and technical engineers for the South Pacific Games Infrastructures," Transparency Solomon Islands (TSI) said in a prepared statement.

"Transparency Solomon Islands (TSI) as part of its Transparency and Accountability campaign for the COVID-19 responses has been monitoring and observing the behavior of the Executive Government’s Oversight Committee in this debate. In the debate following the announcement of this risky plan what can be observed is the high level of confidence that the Oversight Committee has in the safety of this plan," TSI said.

TSI says that this is especially important in the aftermath leading to Papua New Guinea’s pandemic Controller Mr. David Manning sending back 180 Chinese workers after having learned about the secret vaccine trial. These workers were set to start work in some of China’s largest state-owned firms including China Railways, China Harbour Engineering and Dongtang Electric. He also issued new orders banning all unapproved vaccination trials in Papua New Guinea.

"China also claimed that it has rolled out Covid-19 vaccination to Papua New Guinea workers. Forty-eight [48] workers of the Chinese State-owned company Ramu Nickel Mining Plant were vaccinated. These are the kinds of conduct and practice that requires our Executive Government to be cautious about this risky trip that has begun," the statement reads.

TSI says that what has happened in PNG should have convinced the Executive Government to re-think its risky plan or are they aware already of this and have been absolutely convinced by China. The statement says that as a responsible government they should have demanded more information and explanation of the COVID-19 Vaccine trial in Papua New Guinea.

"Detailed information on the warning it gives out that people who are inoculated or vaccinated are very likely to show symptoms after a week. China failed to inform Papua New Guinea authorities about the trial. Papua New Guinea is blessed to have authorities that are concerned for their people than here in Solomon Islands.

"China has objected very strongly to an independent investigation into the origin of COVID-19. Given the pattern spread, level of infection, severity of infection, and rate it kills within short period of time warrants such investigation. It is unlike any previous infections of this nature across species, the fastest infection and death rates. Chinese government announced two potential vaccines would be trialed by its State-Owned enterprises on employees preparing to go overseas and its authoritarian military.

"Its state-owned pharmaceutical company Shino Pham China boasted of having inoculated employees of China’s state-owned companies with the experimental vaccine ahead of approval for testing in people by government. There is no information at all about the trials and what possible risks or threats they may cause to countries where these workers are being sent to like PNG and soon to be Solomon Islands. With these limited questions, made know publicly prior to today’s flight a responsible government would have delayed the risky plan and ask questions that should be asked of China first with regard to this new development in Papua New Guinea," the prepared statement from TSI reads.

Transparency Solomon Islands says that given the confidence and their adamant stand to take the trip there are important questions that need to be asked. Some of these are:

1. Can the Executive Government tell us whether or not the government know anything about China trialing out the vaccine in Papua New Guinea and elsewhere.

2. If it does know then what information were given to convince our government to go ahead with this risky flight to the country of origin of Coronavirus.

3. If the government was not informed then what analysis based on what information did it independently or otherwise digs up to take off to China today knowing what happened in PNG.

4. Given what we now know did the government make any enquiry into whether those coming into the country have been inoculated or vaccinated.

5. Is vaccination of those heading to Solomon Islands part of the protocol and quarantine measures that these people are subjected to prior to coming in.

6. Did the government demand from China information about what possible risks or threats those vaccinated pose to Solomon Islanders.

1. Has anyone arriving in this China direct flight been vaccinated and what proof that they were or were not vaccinated whilst in China.

2. How many of those coming were infected with Covid- 19 whilst in China and how many were never infected by Covid-19.

3. Can the government share with the public for their assurance any management protocols for any workers coming into the country who might have taken the vaccine and require hospitalization.

4. How sure is the government that workers brought into the country to work on China funded projects such as SPG 2023 will not be, have not been subject to this vaccine trial.

Transparency Solomon Islands understand that globally companies and governments are racing to make a coronavirus vaccine for health and economic reasons. There is still a need to make the public aware of the details of the vaccine used to allow our medical personal, their advisors and experts and more importantly WHO to guide us on this with regard to China vaccine being trialed out and any vaccine for that matter.