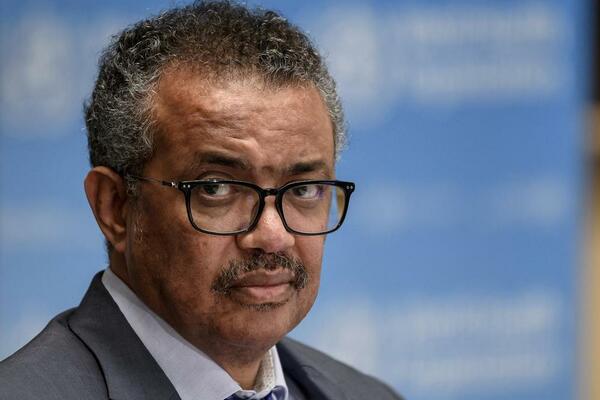 The expedition to China was heading to Wuhan to investigate the earliest cases.
Source: The National
Share
Thursday, 07 January 2021 10:30 AM

China has blocked the arrival of a team from the World Health Organization investigating the origins of the coronavirus pandemic, claiming that their visas had not yet been approved even as some members of the group were on their way.

The WHO’s director general, Tedros Adhanom Ghebreyesus, expressed his dismay and said he had called on China to allow the team in. “I’m very disappointed with this news, given that two members have already begun their journeys, and others were not able to travel at the last minute,” he said.

“But I have been in contact with senior Chinese officials. And I have once again made made it clear that the mission is a priority for WHO and the international team.”

The WHO has been attempting to send in the team of global experts from a number of countries for some months. It has been talking with Chinese officials since July. Scientists have long said it is essential to find out how the virus jumped species into humans.

The expedition to China was heading to Wuhan to investigate the earliest cases. It was not intending to probe claims that the virus originated in a Chinese lab, which have been dismissed by most scientists.

The mission has been criticised by the US, where the outgoing president, Donald Trump, has categorically blamed the Chinese for the pandemic.

Garrett Grigsby, of the US Department of Health and Human Services, said in November the investigation appeared to be “inconsistent” with the WHO’s mandate. “Understanding the origins of Covid-19 through a transparent and inclusive investigation is what must be done to meet the mandate.”

Dr Mike Ryan at WHO said the team had been working very closely with Chinese colleagues on planning the trip.

“We were all operating on the understanding the team will begin deployment today [Tuesday],” he said.

Two members of the team, who had a long distance to travel, had begun their journeys, he said, but it had become clear that their visas had not been approved by the Chinese authorities.

“We did not want to put people in the air unnecessarily if there wasn’t a guarantee of their arrival in China being successful,” said Ryan. “Dr Tedros has taken immediate action and has spoken with senior Chinese officials and has fully impressed upon them the absolute critical nature of this.”

The team hoped it was “just a logistical and bureaucratic issue that can be resolved very quickly”. One of the two colleagues who were on their way had gone back, while the other was remaining in a third country in transit.

“This is frustrating and, as the director general said, disappointing. That disappointment has been expressed very clearly by Dr Tedros directly to our counterparts in China. We trust that in good faith, we can solve these issues in the coming hours and recommence the deployment of the team as urgently as possible,” said Ryan.

Ilona Kickbusch, the founding director and chair of the Global Health Centre in Geneva, said geopolitics had got in the way of countries joining together to defeat the coronavirus pandemic and the hostilities that had been generated could now get in the way of finding out how it began.

“I think it will be incredibly difficult to be able to find the origin of the virus, because so much time has passed,” Kickbusch said.

The world managed to come together to eradicate smallpox at the height of the cold war, she pointed out. Even when Sars, another coronavirus, surfaced in China and caused havoc between 2002 and 2003, the global reaction had been one of cooperation and a push for more transparency.

Back then, Beijing had acknowledged it had made mistakes, reorganised its health ministry and created the Chinese Center for Disease Control and Prevention. Other countries had given it the benefit of the doubt and called for more cooperation.

“Sars actually led to China [understanding] that they needed to be much more integrated into the [global] system,” Kickbusch said. “It was a period of opening.” But now, she said: “There is a closing of the mind, quite clearly, on all sides.”

Before the crisis, geopolitical tensions had bled into the global health response, she said, pointing to how the US-China trade war had morphed into a “geopolitical blame game”. As a result “China clamped down totally [and] the US did what it did” and in the end “the whole world has suffered”.