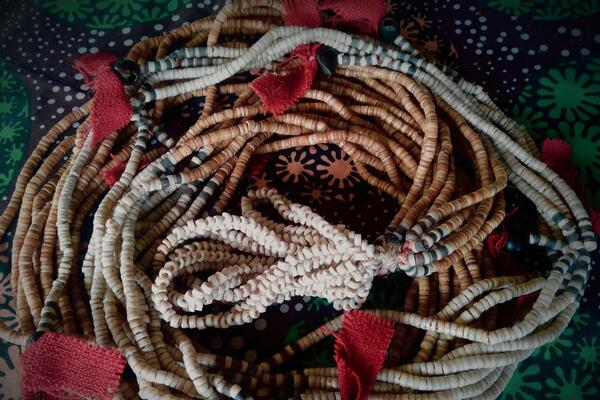 “Some of the most valued traditional money on Guadalcanal is now lost”, says Paramount Chief, Francis Peroqolo.

The Paramount Chief of Tandai says only a few can be found in some parts of Guadalcanal whilst some no longer exist.

"The six most highly valued traditional shell money our forefathers used to solve conflicts with were Matepuka, Matabala, Pohabuto, Chaucege, Kesa and Malona’’.

However, he said the one most commonly used on Guadalcanal was the Chausangavulo.

"Chausangavulo has 10 strings on both sides and is 16 feet long. In the past it was valued at SBD$400 where the current conversion rate is now SBD$10,000. It is used as compensation for a life lost, should a man kill another man”, the 65 year old paramount chief says.

He says only communities like Komivaulu that still practice the traditional way of life on Guadalcanal has the original traditional shell monies.

“People now trade shells with the people of Langalanga who now make most of the shell money for the people of Guadalcanal '', he says.

It was said the way of making shell money on Guadalcanal started to dwindle after the war.

Nowadays it is the Langalanga people who are well known in Solomon Islands for their role in shell money making. Most families in this business earn decent money from this activity.