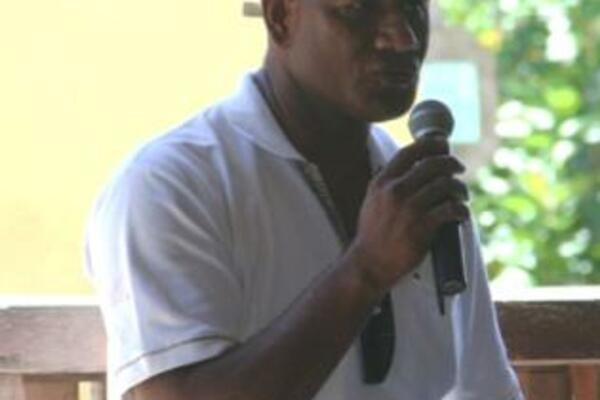 A former officer in the electoral commission, Mr Karani said the current electoral act is open to a lot of corrupt practices during elections.
Source: Photo Supplied
Share
Monday, 28 September 2009 09:01 AM

A former Makira Ulawa provincial member Martin Karani has called for more reform on the countries electoral act if political stability is to be achieved.

Mr Karani made the called during consultations on the Political Parties Integrity Bill in Kirakira yesterday.

He said it is equally important to strengthen both the political party and electoral systems because the two go hand in hand.

Mr Karani said the proposed political party law will not work properly if the electoral law is not reformed.

A former officer in the electoral commission, Mr Karani said the current electoral act is open to a lot of corrupt practices during elections.

In response, chairman of the Political Parties Integrity Bill working committee, John Keniapasia said government is currently reforming the electoral system. He said it is one of the important areas government has identified to have contributed to bad election practices.