Challenges Faced Without a Clinic 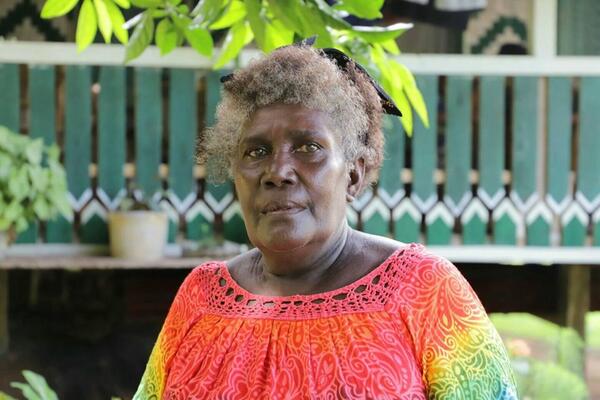 "I was in tears when I saw mothers with their babies scramble up the hill to access health services. I could not help them because I also have my family that I need to support”, says Nester.
Source: Jeremy Gwao
By Jeremy Gwao
Share
Wednesday, 05 August 2020 08:59 AM

“One time they had to carry a sick man in a copra bag uphill to the clinic because there was no stretcher”, Nester Iputu tells.

Nester comes from Simbo in the Western province. Today, Nester is sad as she shares the plight of her people on Simbo.

Simbo is actually two main islands. The small island is called Nusa Simbo. It is separated from the big island by a saltwater lagoon.

The island of Simbo used to have two clinics. Tapurai and Tubi. But since June 2020, Tubi clinic has closed its doors forcing villagers to walk the extra distance to get to Tapurai clinic, an establishment setup to provide health services to the rural people of Simbo.

"I was in tears when I saw mothers with their babies scramble up the hill to access health services. I could not help them because I also have my family that I need to support”, says Nester.

Tapurai clinic is located on a hilltop on the island of Simbo. It is supposed to be a temporary establishment only. However since Tubi clinic was made to close, it is now the most sought health facility in Simbo.

Like all other health facilities in the country, Tubi clinic used to provide general clinical services and essential trauma care for villagers. The nurse aide there also seeks to improve reproductive, maternal, newborn, child and adolescent health as well as carry out basic treatment for communicable diseases.

"Mothers and children are the ones suffering the most during this shutdown”, Nester says.

With its closure, the impact it had on the villagers was said to be devastating.

Pregnant women were said to walk three to four hours just to give birth at the Tapurai clinic. With treacherous roads and steep cliffs, patients sometimes trudge through muddy road conditions to get to the clinic as well.
Nester says as someone living on the island, she was able to see for herself the struggle mostly women and children and those that are ill went through.

"We have reached the point that everyone is of the opinion that we really need a new clinic and that we cannot tolerate this anymore”, Nester says.

Simbo has an estimated population of 3000. Previously, villagers mostly frequented Tubi clinic because of its convenience. Now, they have no choice but to go to Tapurai clinic to seek medical attention.

For the old and elderly, in their frail condition, it is quite impossible to climb to the top of the hill to reach the clinic.

“It truly is a struggle for us here”, Nester continues.

She says at times, people from the communities just feel like giving up. Their hopes have been dashed from the neglect they continue to experience because of lack access to basic health services and other much needed services.

In Solomon Islands, over the years, more than 80 percent of the government’s health spending was on facilities and services in urban settings.

Tubi clinic on Simbo, though established during the colonial days have not had proper maintenance and renovation work since 1993.

In the absence of basic health services, the next option is for villagers to get a boat to Gizo, almost 40km from their home island - an additional cost to their already meager income.

For the national government, a Role Delineation Policy is hoped to address the challenges faced by these rural communities.

The role delineation policy maps out the human resources, infrastructure, and equipment that will be needed at every level.

Recently the Health Minister has pledged the government’s support towards this policy at a nurses’ graduation ceremony in July.

Dickson Mua says the role delineation policy will address the challenges faced by the health sector.

It is understood that health services in rural areas will not improve overnight. The MHMS however is hopeful that government’s commitment to financing the health sector will continue to grow to effectively provide better health services to the people of Solomon Islands.

Meanwhile back on Simbo Island; “As a mother, I feel the pain the other mothers on the island are feeling. On behalf of the mothers here, I am kindly asking that we have our clinic on Lengana re-established”, Nester appealed.