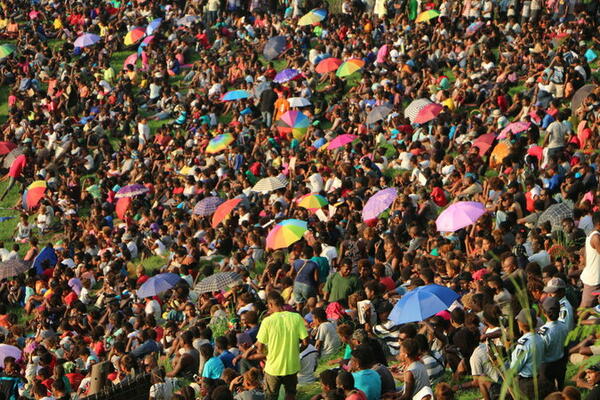 The Government through its 2019 National Census Office has strongly warned the general public to be cautious against self-claimed Census recruitment agents who promised to arrange jobs in the upcoming National Census.

The warning came after incidences over the past weeks where certain self-claimed recruiters allegedly siphoned large sums of money from people.

Over the past weeks and days, victims of the alleged scam enquired about their applications with the Census Office and asked for the alleged agents who they have paid money to as a commitment for the job they arranged.

Census Commissioner, Douglas Kimi said that this is an unfortunate situation and people must be vigilant when dealing with such dishonest trades.

“It has come to our attention that various people claiming to be from the Census office have contacted applicants and demanding them cash with assurances that they will arrange them employment opportunities in the coming Census.”

Mr. Kimi said that such scams are fraudulent and intended to steal money from the people.

“We are taking this matter very seriously and are currently working with the appropriate legal authorities to monitor and stop such fraudulent schemes. By making you aware of this, we hope to avoid and ultimately stop victims falling for this scam,” Mr. Kimi said.

The Census Commissioner affirmed that his staff are performing their duties with integrity and would not collect any financial commitment from candidates as a pre-employment arrangement.

“All Census applicants only applied for the Census jobs through the right processes and not at any time my staff at the Census Office ask for any financial commitment or contribution from a candidate at any stage of the recruitment process.

“The Census Office has no responsibility for fraudulent offers and advises people to be mindful of such arrangements,” Mr. Kimi emphasised.

He said currently the Census Office is working round the clock to finalise the shortlisting of the supervisor and enumerator vacancies for the November- December census period.