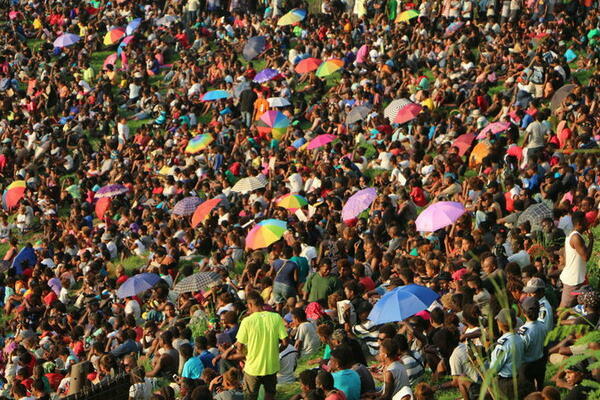 Census Commissioner Douglas Kimi appealed to Solomon Islanders to participate in the census "for the good of the nation".
Share
Wednesday, 06 November 2019 07:01 AM

The recently launched Solomon Islands census survey will be conducted over the next six weeks until 8 December.

The Census Office said it was the biggest census ever conducted in the Solomons with about 3000 field officers recruited to carry out data collection.

The census is also the longest in terms of the scope and nature of questions being asked.

These include questions about the socio-economic and demographic characteristics of individuals such as age, gender, religion, occupation and education.

Census Commissioner Douglas Kimi appealed to Solomon Islanders to participate in the census "for the good of the nation".

The government would use the data in its budget allocation process and for planning development programmes, Mr Kimi said.

"The data is also used by national and international agencies to inform critical decisions on diverse issues. Therefore, your participation is very important," he said.

"This exercise must succeed and will succeed. We will leave no stone unturned to visit every village, every habitation and institution in the country.''